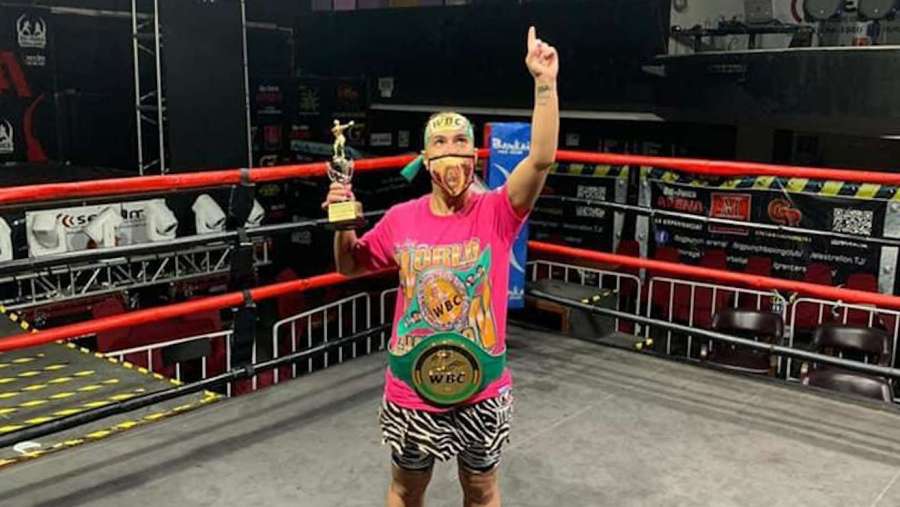 After a surreal trip to Tijuana, Kallia Kourouni hopes another win will put her on course for a shot at WBC titlist Terri Harper

THE minor belts sanctioning bodies issue can be a nuisance, confusing the world title picture for observers of the sport. But for a boxer trying to work their way up the rankings, they can be a lifeline. Kallia Kouroui is trying to fight her way up to a shot at WBC super-featherweight champion Terri Harper.

In Mexico last month Kourouni picked up a WBC International strap when she stopped Dayanna Gonzalez. She hopes winning another ranking belt will put her in the frame to challenge Harper. “If I win after I must challenge Terri Harper, if she still has the belt,” Kourouni said. “It’s a very big opportunity for me. The WBC International was the first step, that opened the door for me for a bigger step after.”

“You can box many years, you can have a good record. But the green belt is the difference. When you start to fight for the Green belt, the WBC, it starts everything. Like Harper won a fight for the WBC International at super-featherweight. After Eddie Hearn opened his eyes,” she continued. “It gives you something more prestigious.”

Boxing a local woman in Tijuana came with pressure. “I’m Greek, I fight in Mexico with a Mexican opponent, [who’s] very tough, never stopped and the truth is I was very stressed if it went to points,” Kourouni said. “I tried to control my stress and I gave everything and in the seventh round with 22 or 23, non-stop punches without answer. She was dizzy but she was very tough, she didn’t go down at all, the referee went and stopped the fight.

“Of course I worked very, very hard but in Mexico, with a  Mexican opponent who’s so tough, it was very good for me that. Of course a win is a win, by points or a knockout, but that was the best for me.”

It had been an unusual trip to Mexico. One opponent had been withdrawn after a pregnancy test revealed she was expecting, another also fell and struck her head, ruling herself out of fighting. Kourouni also got to train alongside a hero of hers, Mexican veteran Jackie Nava. “Everything crazy only happens to me. But I trained with Jackie Nava, she has 45 fights, 37 wins, many titles, I trained with her,” Kourouni said. “When you train with someone very good it gives you motivation, you do better, you give everything.”

“I go anywhere to fight,” she added. “It was a risk but you cannot be safe all the time. It’s boxing and when you don’t have a promoter in your country, you go everywhere as the underdog. [But] the point is when you go to the top, you stay there.”