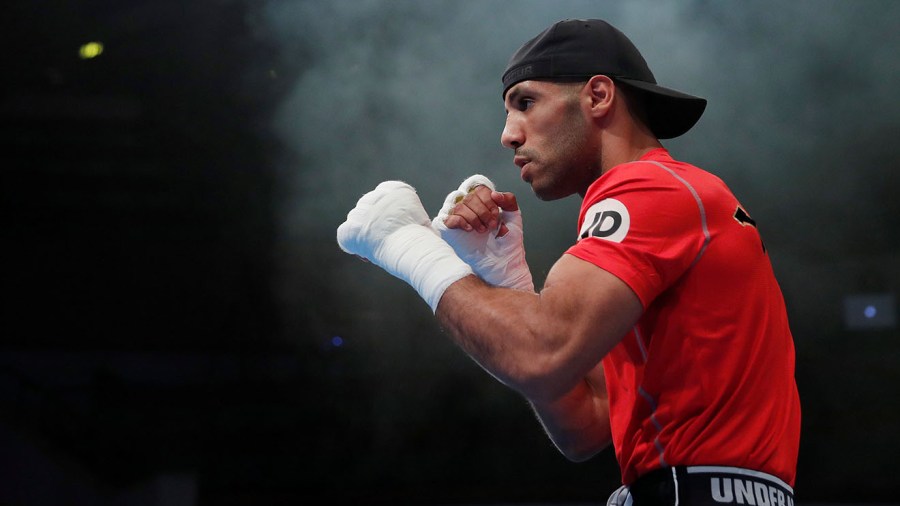 WHEN Anthony Joshua was shockingly stopped by Andy Ruiz Jnr earlier this month, he lost his status as the longest-reigning current British world champion. That distinction now belongs to Kal Yafai, 25-0 (15). The Birmingham boxer has been the WBA super-flyweight king ever since his comprehensive unanimous points victory over former two-weight world titlist Luis Concepcion in December 2016.

This Saturday (June 29), Yafai makes the fifth defence of his belt against mandatory challenger Norbelto Jimenez, 29-8-4 (16), of the Dominican Republic. The Dunkin’ Donuts Center in Providence, Rhode Island is the venue for this Matchroom Boxing promotion, which will be televised live on Sky Sports Action/Main Event (UK) and DAZN (US).

After defeating Concepcion for the title, Yafai retained it twice the following year, both times via unanimous verdict. Suguru Muranaka was beaten in May, before another tough Japanese fighter, Sho Ishida, was conquered in October. In 2018, Kal successfully defended his crown on two more occasions. In what was David Carmona’s third crack at world honours, the tenacious Mexican was forced to retire after the seventh round in May.

Six months later, Yafai was expected to cruise past Israel Gonzalez, who had been dominated in his only previous attempt at becoming a world champ. Despite prevailing by scores of 117-111 and 116-112 (twice), the West Midlander was pushed hard by Gonzalez. So much so, in fact, that some observers felt that Yafai was slightly fortunate to receive the decision. The 30-year-old is determined to improve on a disappointing display last time out.

“I think at times I’ve got a bit complacent, but that’s completely changed for this one, so I’ll be on top of my game, 100 per cent,” Yafai promised. “I wasn’t myself [against Gonzalez]. Hopefully I can show that it was just an off night.”

With his focus firmly on securing a unification contest later this year, it is imperative that Yafai gets the job done this weekend. Promoter Eddie Hearn has said that a clash with the pound-for-pound-listed WBC boss Juan Francisco Estrada is “very likely next” for the undefeated Brummie, should he overcome Jimenez. Yafai cannot afford to slip up.

The stakes are also high for Jimenez, who has had to wait four-and-a-half years for a second shot at a world championship. His first bid – on away turf in Tokyo – ended in a split draw with then-WBA ruler Kohei Kono. This remains the 28-year-old’s sole appearance outside of his home nation.

Jimenez’s ascent to the position of No. 1 contender in the WBA ratings is rather difficult to justify. Yes, he has won nine fights in a row since the Kono bout, but none of these wins have come against notable opponents. In fact, there isn’t a single standout success on the Villa Duarte resident’s record. It is true, though, that he hasn’t lost in over eight years. Bizarrely, all eight of his defeats occurred within his initial 11 outings.

Against Kono, Jimenez was awkward and evasive, often getting on his bike in an effort to frustrate his adversary. He was also happy to use spoiling tactics and dirty tricks in order to gain an edge, as well as taunting and goading his rival. He will enjoy height and reach advantages over Yafai, but doesn’t possess the Englishman’s pedigree.

A 2008 Olympian and 2010 European silver medallist as an amateur, Yafai is a quick, sharp and precise puncher who moves intelligently and exhibits impressive variety. His stinging jabs allow him to create openings for punishing left hooks both upstairs and down. Although he has not been as defensively adept as usual in recent run-outs, he is still heavily favoured to come out on top here. Jimenez has suffered four inside-schedule losses, yet the last came way back in January 2011. With this in mind, the pick is for Yafai to triumph over the long route.

The official main event sees unbeaten local favourite and two-weight world title-holder Demetrius Andrade, 27-0 (17), put his WBO middleweight strap on the line for the second time when he takes on Poland’s 28-1 (11) Maciej Sulecki. The contest marks Andrade’s first-ever matchup in his hometown.

WBO No. 2 Sulecki, 30, is a solid contender whose only setback has come against the highly regarded Daniel Jacobs. He was unanimously outscored by the American 14 months ago, but gave a good account of himself. Most recently in March, the Warsaw native claimed a unanimous decision over the battle-scarred Gabriel Rosado in an action-packed encounter. The 31-year-old Andrade, meanwhile, is coming off a 12th-round stoppage of the tough Artur Akavov in January.

A fast-fisted southpaw who shone brightly in the unpaid ranks, Andrade pumps out long jabs followed up by accurate attacks to the body. Like Sulecki, he has been floored in the past, though his defence is generally tighter than the Pole’s. The challenger throws effective one-twos and keeps busy, but lacks the technical skills of Andrade. Expect the champion to win on points and remain in the running for a lucrative September date with Mexican superstar Canelo Alvarez, who holds the other three world titles at 160lbs. Fresh off signing a promotional deal with Matchroom Boxing a month ago, New Zealand’s ex-WBO heavyweight titlist Joseph Parker, 25-2 (19), meets veteran Australian and former world title contestant Alex Leapai, 32-7-4 (26), in a 12-rounder between two men of Samoan descent. Parker should prevail inside the distance.

The Verdict A high-profile unification bout likely awaits Yafai, if he can deal with Jimenez.

THIS Friday (June 28), Belgium’s Francesco Patera, 21-3 (7), and Northern Irishman Paul Hyland Jnr, 20-1 (7), collide at the Allianz Cloud in Milan, Italy, with Matchroom Boxing and OPI Since 82 co-promoting (DAZN televise). The link between these two men is Newcastle’s Lewis Ritson, who lost a vacant European lightweight title fight to Patera via split decision in his hometown in October last year. Four months prior to this unexpected defeat, Ritson had dropped Hyland three times en route to an opening-round stoppage win in defence of his British crown, also on Tyneside. Two-time EBU champ Patera, 26, possesses poise and energy, while Belfast’s Hyland jabs well and has a nice rhythm to his work. However, the 29-year-old did hit the deck in his last outing in February and he doesn’t boast the seasoning of Patera. The Genk resident, whose parents emanate from Italy, can retain his European belt on points with his eye-catching flurries.