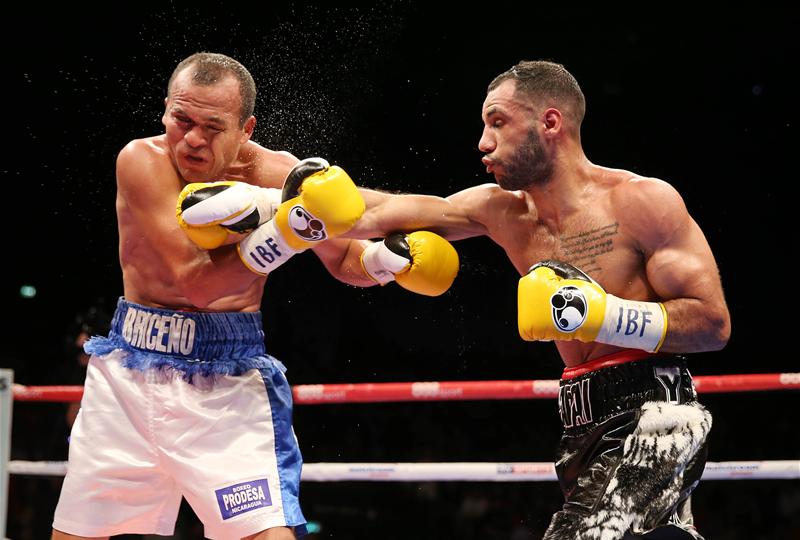 Kal Yafai has a world title battle on his hands Saturday at the Manchester Arena, writes John Dennen

IT came as a shock when WBA super-flyweight world champion Luis Concepcion failed to make weight for his title defence against Kal Yafai on Saturday at the Manchester Arena. Concepcion had seemed in fine fettle this week, looking in good shape at the public workout on Tuesday, to such an extent that he clambered up the corner post and did a high, expertly executed backflip.

Yet on Friday he stripped naked and still weighed two and a half pounds over the limit, a surprising 8st 5lbs 7oz. He made a second attempt a couple of hours later, but still was 8st 5lbs 4oz. Yafai at 8st 2lbs 7oz made weight and was in outstanding condition. He can still win the WBA crown.

“Nothing changes for Kal. He’s got to beat Concepcion to become world champ,” said promoter Eddie Hearn, who now believes the task just got harder for Kal Yafai.

“I think it’s a disadvantage. He [Concepcion] is two and a bit pound over. It’s not like half a pound. That’s quite a lot of weight and he’s going to rehydrate. I just think it’s going to be harder to get him after there. He’s going to be heavier. I think for Kal it’s about understanding the procedure now,” Hearn said. “He’ll lose his belt on the scales. It was surprising because on all the check weights he was fine. I don’t know what happened between now and the check weights.

“Maybe he just had enough and thought, ‘I’m going to come in and try and beat Kal Yafai a few pound over.’”

Speaking to Boxing News before the weigh in, Yafai was utterly focused. “Everything’s done. I feel good. I’m happy with how everything’s went. It’s been a hard, hard training camp. It’s not really a camp, it’s a lifestyle but it’s been turned up to another level this fight. Saturday I just believe it’s my time,” he said. “I’m not in this game to fight these knock over guys. I’ve trained all my life. 18 years I’ve put into this sport. A lot of sacrifices. I’m like a hermit. The only time I really come out is when I go to the gym and back or running. I like to live a boring life because I know I can have all the fun afterwards. After I’ve achieved everything I need to achieve. This is it for me. Time to become world champion on Saturday.