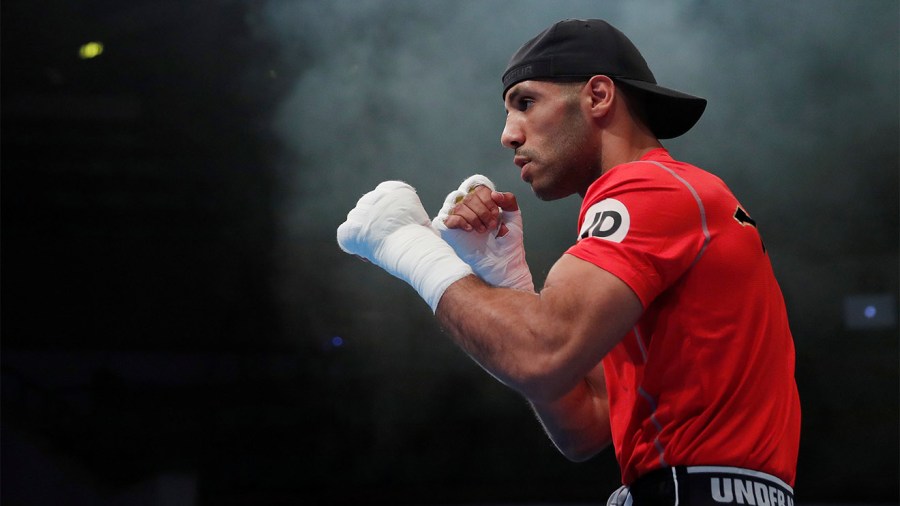 Ahead of the biggest fight of his career, against Roman Gonzalez in Texas, Kal Yafai talks to John Dennen

Kal Yafai won the WBA super-flyweight world title all the way back in 2016. He remains Britain’s longest continuously reigning world champion but has the most important fight of his career so far coming up. He meets Roman Gonzalez on Saturday February 29 at The Ford Center at The Star, Frisco in Texas. “Chocolatito” is 32 years old but with 50 fights, and only two losses, he has long been considered one of the greats of the divisions.

How much are you looking forward to this particular fight because I guess it’s your biggest one since winning the world title in the first place?

I’m very, very excited. Since the fight got announced I’ve been buzzing really. I can’t wait.

Some of your recent fights must have been difficult to get up for too?

Most definitely, very, very difficult. But this one, it’s a fight I’ve been wanting for a long time, for a good few years.

He’s one of them, he’s someone you kind of idolise, then you’ve got to fight him. I’m just really happy that I’ve got this fight. I’m really relishing it. But I’ll be going into the fight very confident and very determined to go there and demolish him at some point.

What are the things he does well that you admire about him and where you see weaknesses?

His strengths are he’s got a good engine and his punch variety is very good. His angles, he uses angles well. He hasn’t got many weaknesses but he gets hit at times. I just think I can capitalise on that and I will do.

He’s a great fighter, no doubt about it but I just think I’ll find my opportunities. Those opportunities will come and I’ll take them.

Do you think he’s probably not as highly rated now as he should be, after just a couple of losses because he’s still a very good fighter?

No doubt about it. He’s had those losses. He had a good break. The way I’m looking at it, he’s had his good break, he seems to be rejuvenated, he’s come back with two knockout wins even though his opposition hasn’t been great. He’s done what he’s needed to do and he looks great. He looks like he’s back on form. I’m going in there expecting the best but at the same time you’ve got to think that he is getting on, he’s had a long career, about 15 years, 50 fights. It’s going to take a toll on his body at some point and I’ll do what I can to make the most of that.

There are not too many big name opponents in your division, but he’s probably the biggest name opponent you could have?

He’s the biggest name. The reception of the fight when it was announced, it was pretty big so he’s a massive name in the sport, in the division. I couldn’t ask for a better fight even now. The unification fight didn’t happen, Estrada got injured.

I hope so, after the fight. It’s one of those things. I know I’m not appreciated, I know I don’t get as much coverage as maybe I should do as a world champion. But it’s not something that really bothers me. As long as I achieve what I want to achieve in my career. Win the titles, come out with a good reputation and make the money I want to make. That’s the main thing for me, financially securing my family’s future.

Have you given much thought to what comes after this fight?

I don’t think there’ll be a homecoming [fight immediately]. I doubt it. I think I’d jump straight into a unification.

I think that’ll be the one next, even though I’d like to come home. I’m going to keep on being a road warrior for a bit longer.

100 percent. I think this is the year that I will achieve everything I want to achieve and secure my future, which is really important to me. Especially securing my family’s future. I’m in the sport to achieve my dreams, achieve what I want, be the best I can be.

Has it been hard to keep your focus?

I think with the motivation and the focus, I’m always professional in what I do, especially when I’m training. I know I’m a true professional. But sometimes I know I do switch off. When I can’t get up for some of these fights, I underperform.

The top fighters I fight, I always train very well. This fight will bring the best out of me.

And will you be back to watch you brother Galal at the Olympic qualifier next month?

Yes, normally I’d stay out here. But I’m coming back because it’s a very important time, a very busy month for our family. Galal at the Copper Box, then the week after we’ve got Gamal fighting for the European title in Italy.

It’s a massive few weeks but it’s exciting at the same time. When we’re retired, at 40 or 50 years old we can sit round and talk and laugh about the good times, all of us travelling the world and doing what we love.