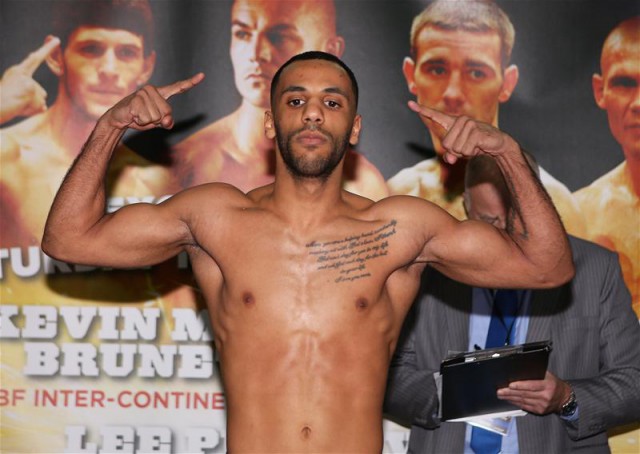 Yafai is working towards a super-flyweight super-fight, writes John Dennen

KAL YAFAI will be a keen observer of Paul Butler’s world title fight this evening and his return to the super-flyweight division. “I really do hope that Paul wins. Because obviously it gives us a chance to have a big domestic fight,” the Commonwealth super-flyweight champion said. “I’d expect him to win. But I do think that [IBF champion Zolani] Tete will have some good spells in the fight, I think it might be a bit cagey early on because he’s a tall southpaw but I think Paul gets it.”

Yafai is still plotting his own course to a world title. “But there’s other champions as well, the WBA champion from Japan [Kohei Kono]. He’s not the best fighter in the world. Technically he’s not spectacular but he’s tough. That’s another way we could go,” Kal said. “A unification fight’s massive. But obviously I’m just concentrating on what I’m doing at the moment.”

His last outing was a November 12-round points victory over Everth Briceno in Dublin. “Personally I think it was a mature performance. I did what I needed to do. I didn’t go mad. Picked my shots well. I had him down three times but he was just tough and he kept getting up. By the time the fight was three rounds in, my hands were in bits. So I had to cope with that as well. They were just badly swollen. He just had a hard head. It was one of those things, you’ve just got to dig deep and get through it.” Yafai said. “It was good to get them in the bank [the 12 rounds]. I was happy to do it because it answered another question. I know I can [go the distance]. You know what you can do and what you’re capable of doing and obviously just doing it and proving to yourself and obviously to everyone else as well is the main thing.”

The Birmingham man will box on March 28 in Sheffield before appearing in his hometown for the first time in his professional career on May 9. “I can’t wait for that. It’s about time, going back home. I’ve boxed all over the country and I’ve had some great support but there’s nothing like boxing at home. I’m really, really looking forward to it but I’ve got to box on March 28 and get a good win there.”