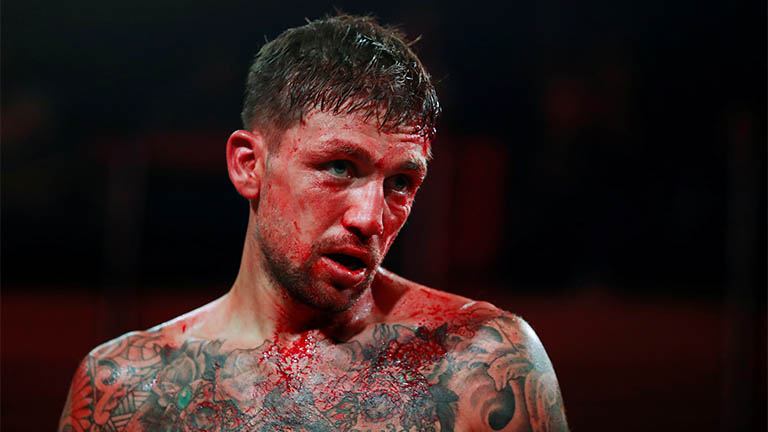 David Wainwright talks to the ‘King of Kings’ Kaan Hawes

When and why you started boxing:
I was 26 when I started. I suffered a bad injury playing football, so I got into boxing basically for a bit of fitness. It just went from there.

Favourite all-time fighter:
Miguel Cotto. I really liked his style when he was boxing.

Best fight you’ve seen:
Arturo Gatti versus Micky Ward – I love all three of those fights. Or Cotto’s revenge win over Antonio Margarito.

Personal career highlight:
Turning professional is my biggest achievement so far, as it’s something I never thought I’d get the chance to do. Taking part in two Ultimate Boxxer tournaments [in May and September 2019] is another thing I’m proud of.

Toughest opponent:
Kieran Conway. He was a different level to all my other opponents. I don’t think I looked out of place though, despite losing to him on points in my first Ultimate Boxxer appearance.

Best and worst attributes as a boxer:
My main strengths are my fitness and determination. My weakness is that I sometimes fight with my heart and not my head.

Training tip:
Don’t cut any corners and always give 100 per cent when you’re in the gym.

Favourite meal/restaurant:
I have a little bit of everything at KFC – a bucket meal, mixed with some hot wings and a zinger burger. I go the full hog after I’ve had a fight!

Other sportsman you would like to be:
England cricketer, Ben Stokes. I’ve been to Australia and the West Indies to watch England play cricket.

Who would play you in a film of your life:
I reckon Cristiano Ronaldo could play me!

Have you ever been starstruck:
I met Jose Mourinho at The Lowry Hotel in Manchester before going to watch Manchester United play at Old Trafford. I don’t normally get starstruck but this time I was gobsmacked.

Last time you cried:
I’m not a big crier if I’m being honest.

Worst rumour about yourself:
I haven’t got an answer for that one!

Something not many people know about you:
I’m half-Turkish. My name, Kaan, means ‘King of Kings’.