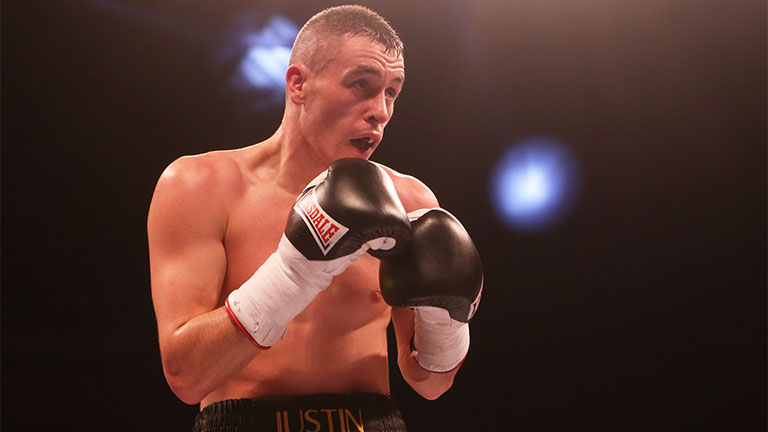 'The best moments in my career are still to come.' Paul Wheeler talks to Justin Newell

When and why you started boxing:
I was 15 when I started. My dad and grandad were both big boxing fans. They advised me to give it a try to keep me off the streets.

Best fight you’ve seen:
I always like watching the Michael Gomez-Alex Arthur fight. Gomez dragged him into his kind of fight.

Personal career highlight:
I think that the best moments of my career are still to come.

Toughest opponent:
Zoltan Horvath [w pts 4 – October 2014]. I didn’t train properly and wasn’t focused on the fight. I made it hard work for myself, as I was f***** after the first two rounds.

Best and worst attributes as a boxer:
My strength is my will to win. My weakness is that I love to have a fight when I should just stick to my boxing abilities.

Training tip:
Enjoy training and give it 100 per cent. Don’t cut corners – you’ll only be cheating yourself if you do. I’ve learned this from past experiences.

Favourite meal/restaurant:
I’ve got too many favourite restaurants to name, but I love a nice chicken tikka masala with all the sides – rice, Peshwari naan, onion bhaji and poppadoms.

Best friends in boxing:
My trainer, Keith Walton, and my stablemates, Zahid Hussain and Ishmael Davis.

Other sportsman you would like to be:
Definitely a footballer. There’s no chance of that, though – I’ve got two left feet!

Who would play you in a film of your life:
Mark Wahlberg. He’s a very good actor.

Have you ever been starstruck:
I can’t really recall ever being starstruck.

Last time you cried:
When my father passed away. It was a hard period for me as I was in prison at the time.

Worst rumour about yourself:
I don’t think I’ve heard any. Either way, my advice would be to ignore silly rumours.

Something not many people know about you:
I was a first dan black belt in karate when I was a kid. I thought I was Bruce Lee!