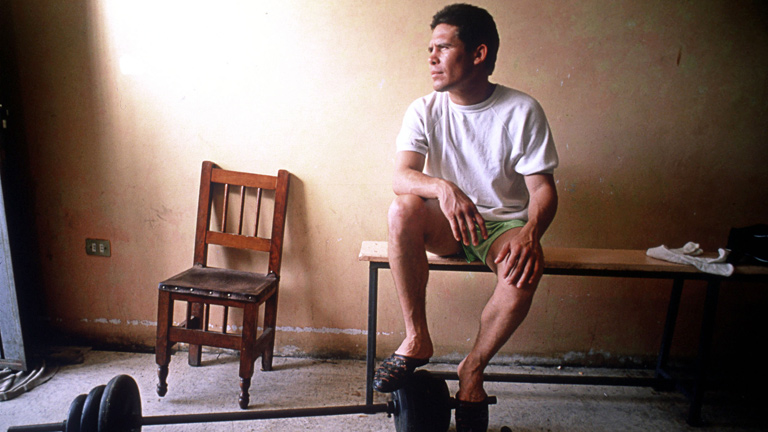 JULIO CESAR CHAVEZ has warned Canelo Alvarez that his son has not yet displayed his full arsenal and could knock him out when they meet in Las Vegas on May 6.

Chavez Jnr will meet Canelo at the T-Mobile Arena at a catchweight of 164.5lbs, having fought his last five outings north of 167lbs.

An upset retirement loss up at light-heavyweight to Andrzej Fonfara in 2015 set Chavez Jnr back, having previously lost to Sergio Martinez in 2012, but his father believes the best is yet to come.

“I foresee a real tough fight,” he said.

“We have seen the best of Canelo, but we have not seen the best of my son. I firmly believe that with a disciplined training camp, Jnr is able to knock out not just Canelo but anyone in his way. I want to thank everyone who has come out to support my son. I can honestly say that this is a dream come true, and we are looking forward to the fight.”

Chavez Jnr’s last stoppage win came in 2012 when he finished Andy Lee inside seven rounds to defend his WBC middleweight title. Chavez Jnr came from behind on the cards to produce that victory, and almost did the same against Martinez when he had the Argentinian down and reeling in the final round.

Since his stint as world champion came to an end, Chavez Jnr has struggled on the scales, ballooning in weight at times and allowing a lack of discipline to hamper his progression.

At the moment, he claims to be around the 180lb mark and has plenty of motivation to make the contracted weight against Alvarez, given that he will be fined $1m for every pound he is over it.