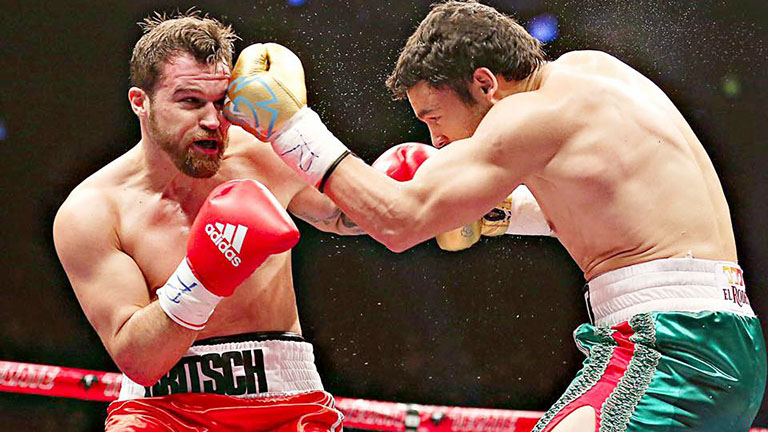 JULIO CESAR CHAVEZ JNR ended a 17-month hiatus at the weekend when he soundly outpointed Dominik Britsch in Monterrey, Mexico over 10 rounds.

Chavez had not fought since July 2015, when he outpointed Marcos Reyes to bounce back from his upset loss to Andrzej Fonfara at light-heavyweight.

The 30-year-old had not fought inside the super-middleweight limit since his 2014 rematch with Brian Vera. In the past he has struggled with his weight but on this occasion he looked in decent nick and had no trouble working hard up until the final bell.

“We are ready to fight Gennady Golovkin and we are ready for Canelo Alvarez,” Chavez said after the fight. “Let’s sit down to define the future.”

Congrats on @jcchavezjr1 coming in under 168 pounds, looks in great shape! GGG will be watching tomorrow

Golovkin’s promoter, Tom Loeffler, has previously spoken about the possibility of his charge facing Chavez at 168lbs and was encouraged to see the Mexican comfortably make that weight at the weekend.

Chavez has also floated the idea of facing his compatriot Canelo at a catchweight around the 164lb mark. Canelo has not officially weighed in more than 155lbs so far though is considering a move to middleweight.

Neither he nor Golovkin have confirmed their next move, while the boxing world hopes they will meet each other in 2017.