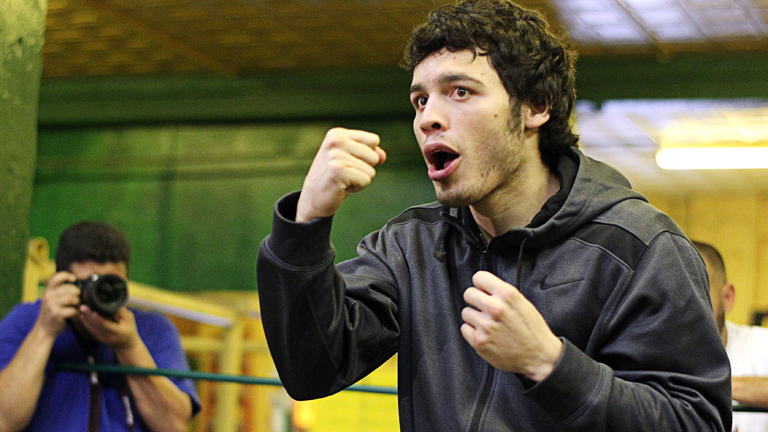 The 30-year-old son of legendary Julio Cesar Chavez has not fought since his 10-round decision win over Marcos Reyes in July 2015, which was fought at a 170lb catchweight.

Three months prior to that Chavez suffered a big setback when Andrzej Fonfara forced him to retire after nine rounds of their light-heavyweight clash.

Chavez has struggled with making weight in the past and his December 10 fight with Britsch is reportedly set at a 169lb catchweight.

The fight also marks the return of Chavez to his former promoter, Zanfer, after a spell under the Top Rank banner. He is still managed/advised by Al Haymon.

Inactivity has plagued Chavez’ career over the past few years and it is unclear which weight division he will box in after this fight with Britsch. The lightly-regarded German was set to box WBO super-middleweight champion Gilberto Ramirez, however that fight was scrapped when Ramirez injured his hand.

That suggests Chavez will campaign at 168lbs and, thanks to his cosy relationship with the WBC, could find himself within touching distance of a title shot in the not too distant future.