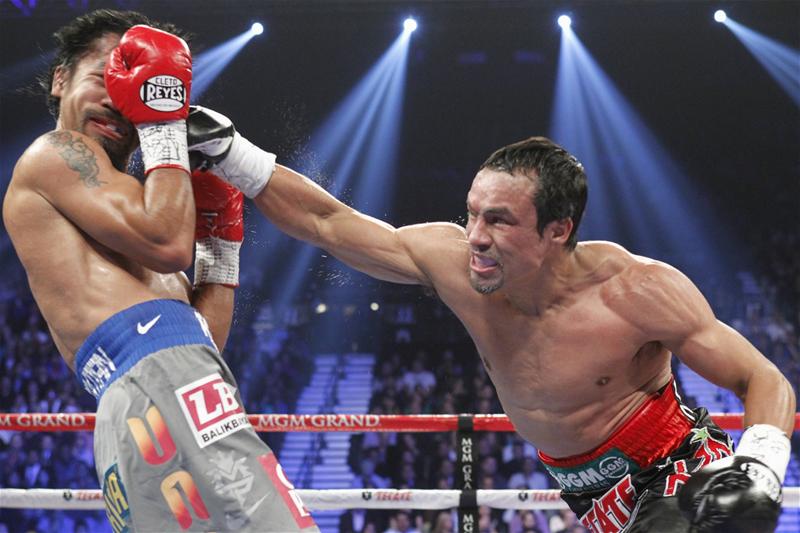 MEXICAN great Juan Manuel Marquez has retired. The legend will turn 44 later this month. He has not boxed since 2014, when he defeat Mike Alvarado but had been hoping for one last fight. Injuries and his advancing years have not made that possible.

“Today is a special and sad day for me because I’m announcing my retirement. The injuries pushed me to make this decision. It hurts, but I believe the right moment to put an end to my career has arrived,” Márquez told the ESPN Deportes TV show Golpe a Golpe. “I would have loved to do a final fight to say goodbye inside the ring, but I have to listen to my body, and it was telling me that the right moment to stop boxing is now.”

A superb stylist, Marquez was a skilled counter-puncher who could take it into the trenches when he needed to. A thrilling rivalry with Manny Pacquiao illuminated his career. Marquez drew and lost two close decisions to Pacquiao until he finished their final showdown with a  shuddering, conclusive knockout.

Marquez lost more tamely to Floyd Mayweather but had many more exciting fights, defeating Marco Antonio Barrera to win the WBC super-featherweight title and moving up to unify lightweight title against Juan Diaz before campaigning at welterweight.

He finished with a 56-7-1 (40) record and will be remembered as one of Mexico’s finest fighters.