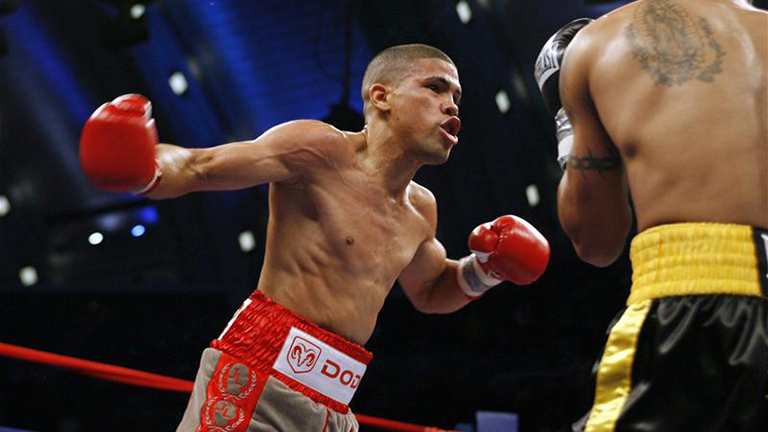 JUAN MANUEL LOPEZ’S comeback finished in disgraceful scenes at the Coliseo Roberto Clemente in San Juan, Puerto Rico on Saturday (October 29). Lopez stopped Wilfredo Vazquez Jr at 2-29 of the 11th round and then got straight into an altercation with Vazquez’s corner, attacking his trainer.

Lopez’s return was risky. He had finished his career in 2014 on the back of two bad stoppage losses and hadn’t fought in the two years since 2014. But he managed to get himself into the fight with Vazquez.

Lopez (128 1/2lbs) eventually got Vazquez (129lbs) on the ropes, forcing him to hang on. The southpaw heaved in hooks from his left and right hands. A cross from the back hand staggered Wilfredo back. Juan Manuel battered him into a corner, throwing in punches with both hands. Vazquez tried to cover up but couldn’t defend himself. Lopez finally knocked him down into the ropes and on to the canvas.

Lopez marched over to Vazquez’s cornerman as the two exchanged words and threw the first punch at the trainer, who fought back until they were pulled apart. It took some time to calm down an irate Lopez. Vazquez even went over to speak to him but finally order of sorts was restored.