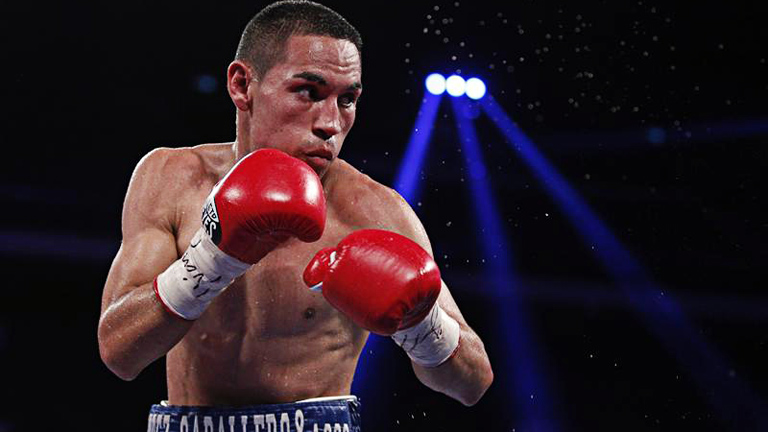 JUST days after Juan Francisco Estrada (33-2, 24 KOs) announced that he will vacate his WBO and WBA flyweight world titles to move up in weight, the former champion has a date for his first match at 115 pounds. Estrada will face Filipino Raymond Tabugon (18-5-1, 8 KOs) in front of his hometown fans at the Francisco Leon Garcia Stadium in Puerto Peñasco on October 8.

“First, we must win on the 8th of October,” said Estrada. “Everyone knows that the Filipinos come to leave it all on the line. Additionally, Tabugon has nothing to lose and a lot to gain with me, but I am well prepared and motivated to shine in front of my people.”

On the world stage, “El Gallo” Estrada is best known for his stellar effort against a 25-year-old Roman “Chocolatito” Gonzalez. The two went the distance in a fight that many felt was much closer than what the judges in Los Angeles reported. Fight fans and pundits alike have been clamoring for this rematch for years and Estrada’s move up in weight may lead to another meeting between the two warriors down the line.

After sitting out for a year recovering from a hand injury, Estrada is eager to get into the mix with the other players in the red-hot super flyweight division.

“I know I will win,” Estrada continued. “And, after that, I will work out with my team and promoter, Zanfer, a title fight against ‘Chocolate,’ Naoya Inoue, ‘Nica’ Concepcion or Cuadras. I am looking for big fights, I have completed my journey in the flyweight division and I won’t have problems at 115 pounds. As a matter of fact, I debuted at bantamweight and at this (new) division I will feel much more powerful.”