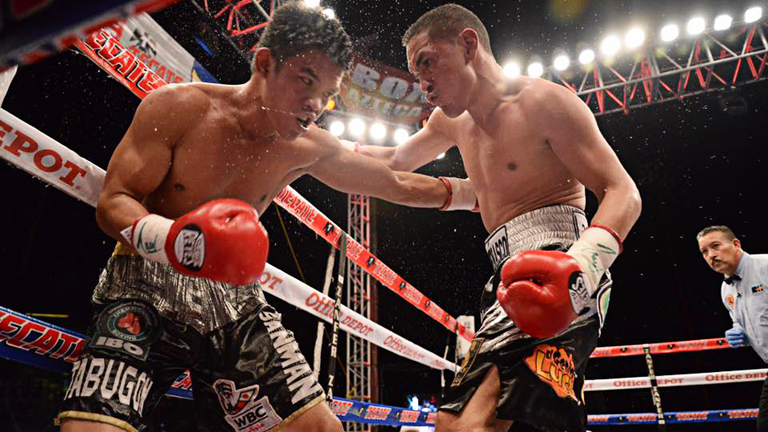 Fighting for the first time in a year after a serious hand injury, Estrada earned three scores of 100-90 in Puerto Penasco, Mexico as he controlled every minute of every round against Tabugon.

Estrada had held the WBA and WBO world flyweight titles since early 2013 though vacated both earlier this year as he announced his move to super-flyweight.

Though he didn’t come close to stopping Tabugon, Estrada looked impressive as he moved to 34-2 (24). He appeared to have no problems with his right hand – the one he had injured – and frequently punished Raymond with it.

The win sets up some big fights for him in one of the most exciting divisions in boxing today. He could take on 115lb-supremo Naoya Inoue, former WBC champion Carlos Cuadras or the big one – a return with Gonzalez.

‘Chocolatito’ outpointed Estrada in a 2012 barnburner and a rematch had been touted ever since. The pair could end up fighting again next year, though Gonzalez – the best fighter pound for pound in the world today – is also looking at a rematch with Cuadras, whom he beat in his last fight to become Nicaragua’s first ever four weight world champion.