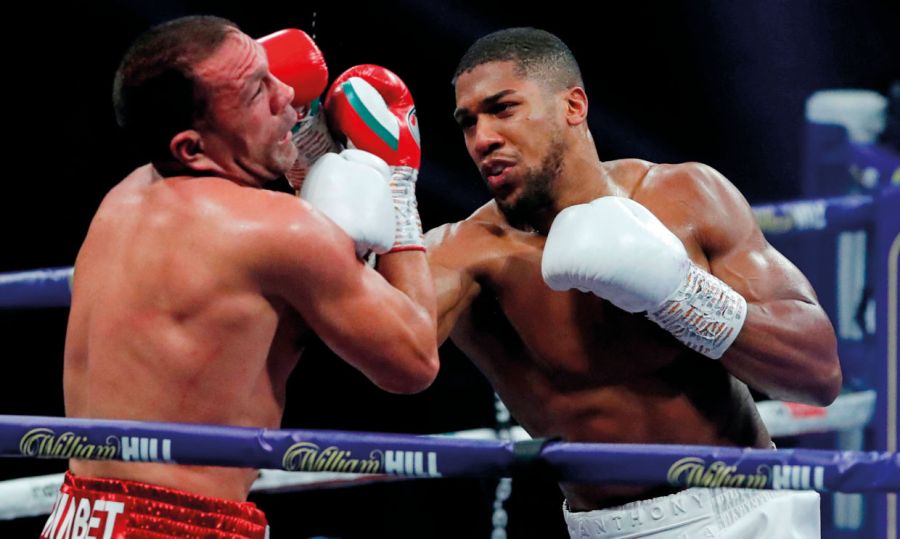 After Joshua vs Fury negotiations collapse, the mud-slinging between the two teams steals the headlines, writes George Gigney

THE fallout from the scrapped Anthony Joshua vs Tyson Fury fight continues to rain down on boxing’s landscape, with almost all of those involved speaking out in the past week. First off, Eddie Hearn spoke with several outlets, including IFL TV, to give his reaction to the arbitration ruling which granted Deontay Wilder a third fight with Fury. “I saw Tyson Fury on ESPN, happy as Larry that he’d got the Deontay Wilder fight, ‘I’m gonna do this, then I’m gonna fight Anthony Joshua, December.’ Who knows? Right now, the feeling from our camp is; they [Fury’s team] have absolutely no interest in [the Joshua] fight,” he said. He was referring to comments Fury recently made about how he plans to beat Wilder and then face Joshua in December. Hearn maintains that he and everyone else on Joshua’s side were assured the arbitration would not rule in Wilder’s favour, and so wouldn’t derail any Joshua vs Fury plans.

Speaking to DAZN, Eddie also accused Top Rank – who co-promote Fury alongside Frank Warren’s Queensbury Promotions – of planning the Wilder trilogy fight all along, citing the speed at which they were able to get a deal in place as evidence of this.

In an interview with SecondsOut, Warren rebutted such claims: “All this rubbish about, ‘We didn’t really want it.’ What planet are people on to even come out with stupid comments like that? That’s the bigger and better fight, why wouldn’t you want that fight? It’s just a mess.”

To be fair to Warren, he never once said Joshua vs Fury was a 100 per cent done deal and whenever speaking to the media about it, always expressed caution about hurdles that needed to be cleared.

Then, of course, came BT Sport’s interview with John Fury, Tyson’s father, about the ordeal. He said: “20,000 yes-men around him [Tyson]. What’s happening in America with him – appalling work. It’s diabolical. You’re geared up to fight one man [Joshua]. It’s all sorted in 24 hours [Wilder]. It’s a mistake. He can blame his team. No-one else.”

He later went on to say: “I was told arbitration was not a problem. All of a sudden it is a problem. This arbitration could’ve been squashed in December, but they didn’t squash it. I can rattle on all day. The public know, they’re not fools. Garbage.”

In reality, we’ll never get a definitive answer of whether or not anyone knew this house of cards was always doomed to fall, though it seems unfair to claim Fury’s side were always intending to fight Wilder instead of Joshua. If that was the case, there’s no logical reason for them to have progressed negotiations with Hearn et al so far.

As John Fury stated, this potential issue was a known entity for a while, and it’s baffling that promoters and managers with so much combined experience could be apparently blindsided by the arbitration decision.

It’s also telling that Tyson’s own father – who isn’t known for mincing his words – is being so outwardly critical of his son’s handlers, and to a major news outlet no less. If the fault does lie with Fury’s team out in America, then that problem needs to be rooted out.

With all this finger-pointing and barbs being traded in the media, worries might start to creep in over how negotiations for a Joshua vs Fury fight will go should they both come through their next fights unscathed. One would help everyone involved can put this debacle aside and get the fight made should the time come, but this is boxing, after all.

Bob Arum spoke to The Athletic about a variety of topics, but most interestingly that of his charge, Terence Crawford. It’s no secret that their professional relationship is strained, to put it mildly, and now Arum almost seems past the point of caring.

“We could make a big fight vs [Shawn] Porter, but who’s going to pay for it? There’s a limit to what I can get out of ESPN. And on PPV. Crawford’s never done anything on PPV. Nothing against him. It is what it is,” he said.

Crawford is at a crucial point in his career where he needs big, meaningful fights, but with comments like this it seems Arum does not hold much faith in that happening. While honesty is always appreciated, these points raised by the promotional legend also come off the back of criticism he and Top Rank have received for their lack of build-up to the recent Josh Taylor-Jose Ramirez fight, which was not even picked up by a major broadcaster in the UK.

Arum expressed interest in matching Crawford with Taylor, which would be a great fight. With the Joshua vs Fury collapse, Crawford’s struggles and the lack of warranted promotion for Taylor-Ramirez, questions need to be asked about what is happening over at Top Rank at the moment.

According to Shannon Briggs, former unified heavyweight champion Wladimir Klitschko is making a comeback. Speaking on Sky Sports’ Toe 2 Toe show, Briggs – who lost to Klitschko’s older brother Vitali in 2010 – said he had received a call that very same day with an offer to fight Wladimir. Apparently, he hadn’t even told his wife yet.

Klitschko hasn’t fought since his titanic clash with Joshua in 2017 when he was stopped in the 11th. He flirted with the idea of an immediate rematch before announcing his retirement from boxing.

It seems highly unlikely he would return to action, especially as he has several successful businesses outside of boxing, but several news outlets reached out to his team, who declined to comment. If Briggs was just spouting hot air, that would surely be an easy claim to shoot down.

Briggs had been clamoring for a fight with ‘Dr Steelhammer’ for years while they were both active, and it would be bizarre for that fight to suddenly happen now. Then again, Floyd Mayweather fights Logan Paul this weekend.