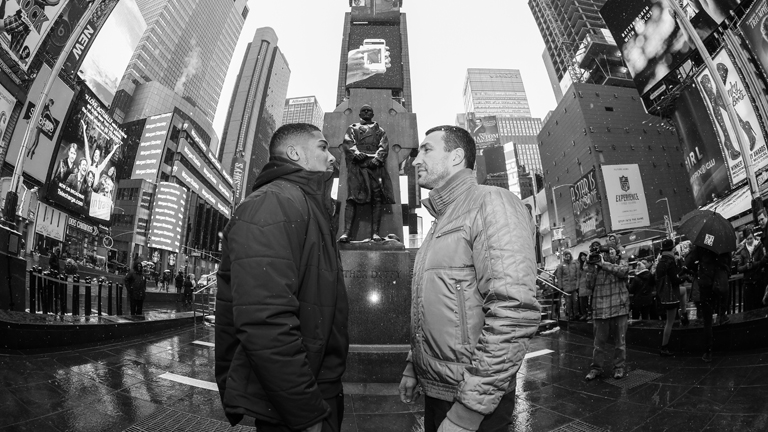 Examining Joshua-Klitschko, and explaining why Klitschko can win

JOSHUA-KLITSCHKO is only weeks away, and Joshua is the favourite. Here are 12 reasons why those odds might be wrong, and Klitschko can prevail on April 29 at Wembley Stadium.

Round One – Klitschko is desperate for the Fury rematch: Fighting Fury is the match that Klitschko badly craves above all others. If he beats Joshua, there is no way that Fury can avoid him if he hopes to resume his career.

Round Two – Klitschko’s legacy is on the line: Despite his enormous accomplishments, Klitschko is not widely regarded as an all–time heavyweight great. Beating Joshua is probably his last chance to change public perception about how he rates with the best ever.

Round Three – Teacher vs pupil: When Joshua was in Klitschko’s training camp it was a teacher and pupil type of relationship. This gives Klitschko a psychological edge for the fight knowing he was the boss then and could be again.

Round Four – Klitschko’s experience will be the difference: As talented as Joshua is there is no substitute for experience. And because of that, Klitschko can probably handle any situation that arises better than Joshua could.

Round Five – Klitschko has not lost a step: It is possible that Klitschko had nothing more than an off night in his loss to Fury. If so, then he should be favored to win, not Joshua.

Round Six – Klitschko’s jab is better: The jab is the most important punch in boxing in that it sets everything else up. Joshua’s jab is probably slightly less effective than Klitschko’s. If it turns out to be a dull, distance fight then Klitschko’s jab will sway the judges’ in most rounds.

Round Seven – Too soon for Joshua: Let’s be honest. Joshua was basically gift wrapped the IBF title. If he did not have a title to defend then there’s a reasonable chance Joshua would not yet have been deemed ready for Klitschko.

Round Eight – Joshua is in awe of Klitschko: This is a man whom Joshua has looked up to since he was a kid. The level of respect he has shown Klitschko outside of the ring might translate to inside it as well. If that is the case, then Joshua will be far less aggressive than usual.

Round Nine – Klitschko is better suited for a distance match: All those early knockouts of Joshua were impressive, but the fact is that he has never travelled more than seven rounds in a fight. Klitschko will have an advantage the longer the match goes.

Round Ten – Klitschko can’t be intimidated: Most of Joshua’s opponents were so inferior that they were beaten before the first bell rang. Klitschko not only thinks that he can win, but expects to.

Round Eleven – Sparring Partner Syndrome: Joshua used to hold back on his punches when he sparred Klitschko.  Perhaps he will do the same to a small degree when they fight because he was conditioned to do so in the past.

Round Twelve – Klitschko is no longer complacent: Winning was coming too easy to Klitschko which made it hard to get truly motivated. The loss to Fury changed that. Klitschko is now training harder than he has in years.