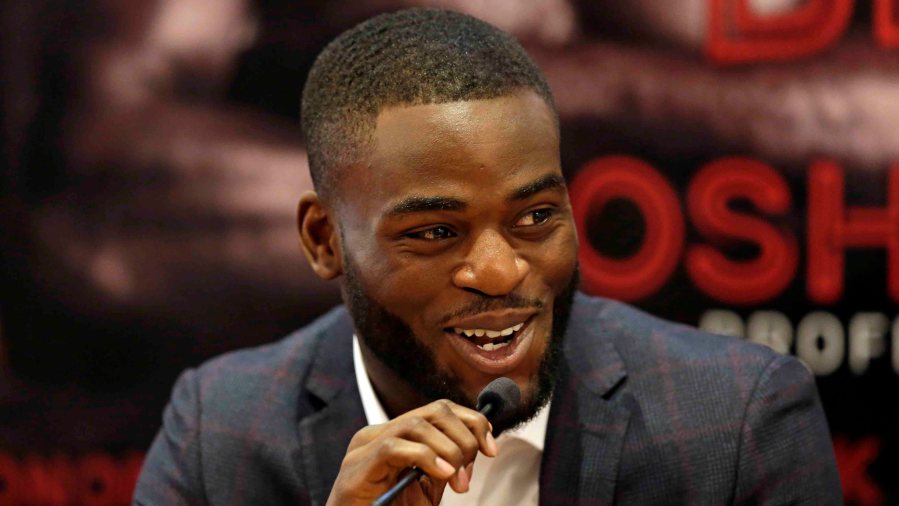 OLYMPIC light-heavyweight bronze medallist Joshua Buatsi made an impression at Rio 2016, emerging as one of the stars of the boxing tournament. He makes his professional debut on Saturday (July 1) at the O2 in Greenwich. His opponent will be Carlos Mena.

The Cuban based in Spain has a 4-6 (1) record. He has been halted in four of his six defeats.

Buatsi has boxed a Cuban before. He dropped the brilliant Julio La Cruz in the preliminary stages of the 2015 World championships in Doha. Joshua didn’t keep him down then, La Cruz is a fantastically mobile, elusive boxer who went on to win gold at that tournament and then win gold at the Olympic Games itself. Buatsi however will hope to halt this Cuban.

Promoter Eddie Hearn said, “Carlos Mena, he’s a Cuban, he’s 4-6. In his last fight he boxed Ruyman Delgado, who’s 12-0 with seven knockouts, obviously he lost. Before that he boxed Sergei Ekimov, who’s now 17-0 and went to points with him, he’s world ranked now.”

Buatsi is expected to box eight times a year. “So he’ll box here, then we might box him in the States in the summer and he’ll box back in September. All these guys, you don’t really know the pace you’re going to move them at,” Hearn said.

In America Buatsi could box on the undercard of Terence Crawford’s next fight. “Possibly on the [Julius] Indongo-Crawford card, looking at August 19, maybe out there. He’s starting a bit late. This is our last show,” the promoter said.

Hearn is excited about Buatsi’s prospects. “He reminds me a lot of AJ. Very clinical, takes his time with his decisions. He’s very, very bright. He knows what he’s doing,” the promoter said. “I sat in my lounge with my dad watching Buatsi in Rio and he said you have to sign this kid. He said he’s one of the best young fighters I’ve ever seen, his balance, his power is unbelievable. He will be such a good fighter. I’m very confident about Buatsi.”