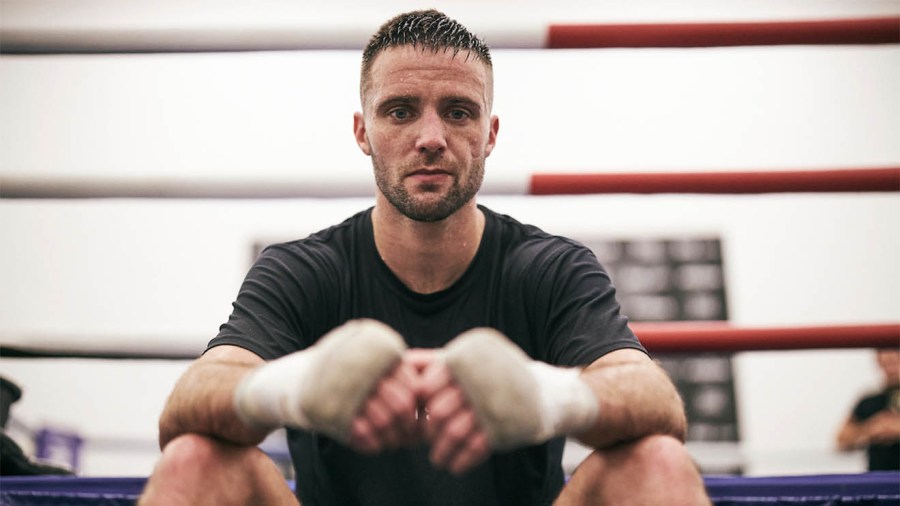 Just 'a wee man from Prestonpans' is surely now the finest fighter in Britain. Josh Taylor speaks to John Dennen about his breakthrough moment and what comes next

US promotional powerhouse Top Rank have announced the signing of Josh Taylor, the unified WBA and IBF super-lightweight world champion and one of the rising stars in the sport. Cyclone Promotions dispute him signing an agreement with another promoter but Taylor has stated publicly that he has terminated his contract with Cyclone. The move to Top Rank brings him into the same promotional stable as Jose Ramirez, the WBO and WBO super-light titlist. Previously Taylor spoke to John Dennen about precisely what his ambitions in the sport are.

IT’S a mystery, sometimes, the way that boxers just know how to cope. One eye, badly swollen, was shutting closed and Josh Taylor still had rounds left in his furious world title clash with Regis Prograis at the O2 last month.

“Round eight, round nine was when I really couldn’t properly see,” Taylor recalled. “The last three rounds I was fighting with one eye. So all the boxing went out the window. I had to change the way I was fighting as well. I couldn’t even see my own jab going in. I was getting hit with shots in the last couple of rounds that I couldn’t see coming.

“If you can’t see it coming, that’s when you really have a problem. I had to change the way I was fighting, moving around a little bit more. And keep him on the left side so I could sort of see him.”

“It was just on instinct what I was doing. The last round and a half it was just instinct. I could see he was there but I couldn’t see his whole body,” Taylor laughed. “So I was just fighting on instinct, heart and determination.”

It was an extraordinary fight to unify the WBA and IBF super-lightweight world titles. It was Taylor’s breakthrough moment with supporters from all over the country coming to London to cheer on the Scotsman.

“I was looking at everyone thinking f****** hell man, I wish I had my camera, if you could see my view now,” Taylor remembered.

“This is unbelievable, to see the whole arena,” he continued. “The kind of images I’ll never forget.”

Despite the turmoil, Taylor had a new state of mind for this particular contest. “I felt zero nerves at all, I was so calm, I was so collected. I didn’t feel I was going for a fight. I felt so calm. I soaked it all in it was brilliant,” he said.

In the fight Taylor had to deal with adversity, in his training camp before his world title unification the champion also had to cope with the shock of bereavement. His partner’s father, a close part of Josh’s family, died suddenly. Away from home in training, Taylor couldn’t grieve fully, he had to retain focus on the most important fight of his life.

“It was really sudden, a real shock,” he told Boxing News. “I couldn’t really be there emotionally for her, which is s*** for me.”

“I couldn’t stay on the phone too long, I was getting upset myself… I had to block it out. I couldn’t be there for her.”

“You’ve just got to get on with it,” he explained. “Say to yourself let’s keep going. One thing he wouldn’t have wanted me to do was sit and get upset, sit and mope around. He’d have been the one saying to me get up and get going. I used that mentality to do it.”

Taylor dedicated the victory to his memory. In the weeks after the fight he has been able to return his full attention to family life and can wait before plotting his next moves in 2020. “They’ve all been tough fights so I think I’m due a wee bit of a break,” he said. “I think this is the perfect time for me to relax and just be normal for a while.”

It’s no secret what Taylor’s ultimate ambition is. He wants to take on Jose Ramirez, the holder of the WBC and WBO belts, for all four world titles and the undisputed crown. “I would love it to be in Scotland, in Edinburgh Castle,” he suggests. “That would be iconic.”

But he notes, “I think the more lucrative fight will be over in the States, Vegas or New York… Go over there and fight for big money, but if we get it in Scotland, happy days.”

Ramirez is fighting Viktor Postol, a former champion and former Josh Taylor victim, on February 1 in China. Naturally the Scotsman is targeting the winner. “I think it’s a good fight. I think Ramirez [wins]. I boxed Postol about 18 months ago. He’s only had two fights since then. I’d expect Ramirez to come through that,” Josh said. “Hopefully he [Postol] has still got plenty of fight left in him but I’d expect Ramirez to come through. If not, the rematch with Postol, why not?

“I don’t think it’ll be a walk in the park but I think [Ramirez] will come through.

“Whoever’s got the belts that’s who I want to fight.”

While he waits for that showdown, he might well have to make a mandatory defence. The contender for his IBF belt would be Thailand’s Apinun Khongsong, not a glamorous opponent but a must-win nevertheless. “Every fight’s the same,” Taylor said. “Every fight is a world title fight. Especially now that I’m unified champion. Everyone’s going to want to take these belts… It’s up to me to keep them, to keep hold of them, and keep my dreams which is to become undisputed champion.”

It’s remarkable though that already, in just 16 professional contests, Taylor has unified world titles. It marks him out as the new star in British boxing and probably, pound-for-pound, the finest fighter in the country right now. “Between myself and Callum Smith,” mused Taylor.

“It’s unbelievable,” he continued. “I’m just a wee guy from Prestonpans… Getting invited here, there and everywhere, it’s been brilliant.”

He is following in the footsteps of fellow Scot, boxing legend and near neighbour Ken Buchanan, who dropped by to see Taylor and his titles a couple of weeks ago. “The first [Scotsman to unify] since Ken Buchanan over 50 years ago, it’s unbelievable,” he said. “Two guys from the same area really… He’s from Edinburgh, I’m from Edinburgh… It’s crazy how similar our stories have been. It’s great.”