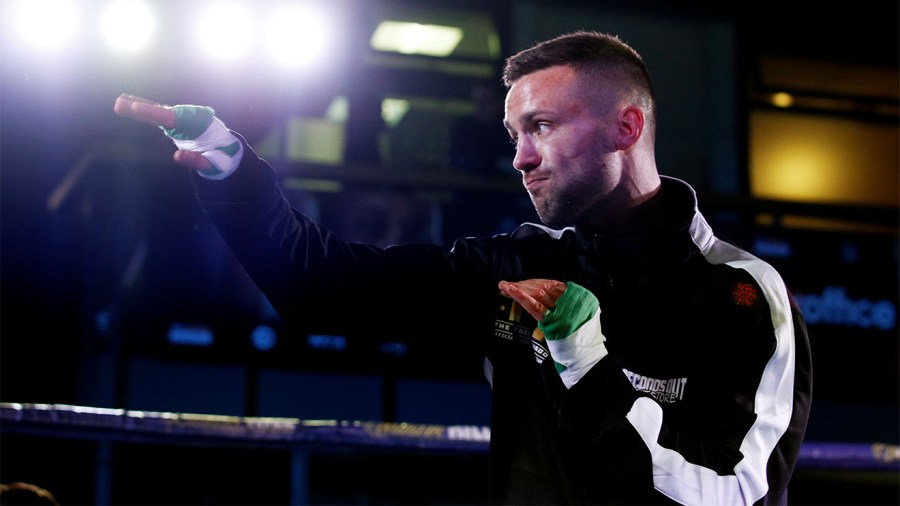 Do you have a shortlist for a new coach or any names that you’re thinking about?

Not really at the minute, I can’t really say anything too much. I’m going around doing trials with a few coaches. It’s been good. I’m getting a little bit closer to finding a new coach. It’s good. It’s going well.

We’re still looking around and it’s still going well. I’ve had a couple of good weeks with a couple of good coaches so it’s gone well. Just need to get close to make a decision pretty soon.

Do you have an idea of when you’ll need to make the decision?

Would you like train out in America, or slightly closer to home than in London?

If it comes to it I’m very open to going anywhere. I’m used to being away from home.

Even in my amateur days I was always away from home, I was always in Sheffield or away with the Scotland team for tournaments. If it comes to it and I have to go to America, I’m more than open to it. I’ve not looked at America yet, looked at sort of home grown coaches at the minute in the UK. But if I can’t come to an agreement with any of these coaches we might have to go to America. So that would be exciting.

Does being away suit you?

I’m used to being away from my home comforts. I feel like when I go home I’m kind of on holiday because it’s a luxury for me to be home. So I kind of take my foot off the gas in terms of training hard. Because I’ve got all my home comforts and everything there. So I prefer being away and I can just use that as motivation going into the ring.

Why did you choose Top Rank as a promoter and what are they going to be able to do for you?

They’ve got all the big names and the big draws. So I just feel it was best move for me at this time in my career. I’m happy with the decision that I made and looking forward to seeing what the future holds.

Have Top Rank given you any indication that they’d like to come over here and promote a show in the UK?

They’ve said they want to get a couple of fights over here. They’ve done it with Mick Conlan in Belfast. So there’s no reason why they can’t do it in Scotland so it’s definitely an option and it’s one I hope that can happen as well.

Do you think there comes a time in a career when it’s good to freshen things up?

I think so. Don’t get me wrong, working with Shane and Barry [McGuigan] was brilliant. I felt I was improving with every fight and I was clicking really well in terms of the boxing side of things. But I felt that the time was right to move on to something else and try something new and change up, and add to what I’ve got now as a fighter. Add to what I’ve already got. It’ll be an amazing addition to what I’ve already got and built up. So I feel really excited for the future.

Jose Ramirez’s fight with Viktor Postol in China has been cancelled [due to the coronavirus outbreak], what would you think if the undisputed fight was put on the table?

Obviously you’ve worked with a number of coaches in your career, from Lochend (his amateur club) to GB, where they’ve got a variety of coaches to Shane as a pro, does it take time to get used to a new trainer and new methods?

Every trainer’s got their own methods and their own ways of training. You need a little bit of time to adjust and gel with the trainer and his methods, and the way he catches the pads or the way he trains and things like that.

You need a bit of time to gel and get used to each other.