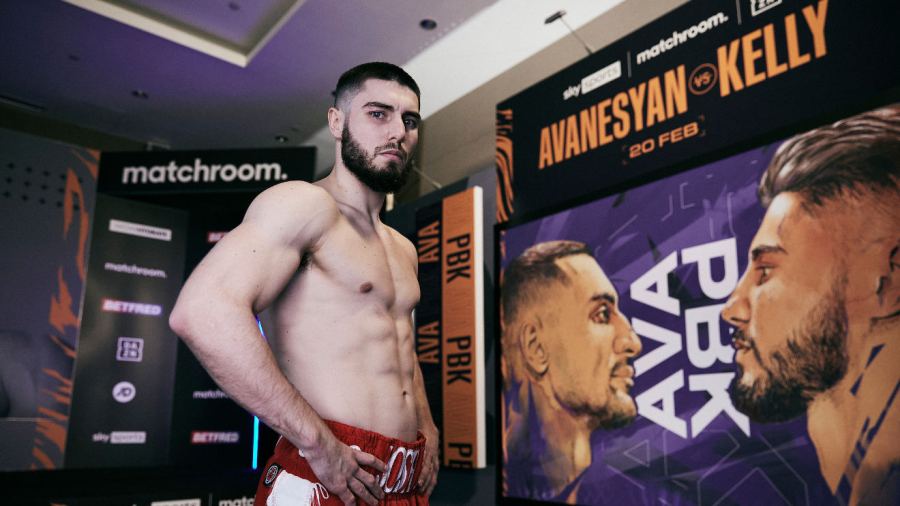 Josh Kelly will move up in weight as he rebuilds with Wasserman after leaving Matchroom, writes Roy Kelly

UNDER new management but with the same end goal. That is Josh Kelly, who has begun the countdown to a December ring return on Sky Sports after joining Wasserman and ending his five-year association with Matchroom.

The gifted Sunderland star, who suffered a heavy defeat last time out in a challenge for David Avanesyan’s European welterweight title in February at Wembley, will continue to be coached by Adam Booth. Kelly told BN that some difficult “personal issues” were at the heart of his sixth-round stoppage defeat to the ruthless Russian at Wembley Arena but he was now back and excited for the future. Eddie Hearn, who has guided his career since going pro after the 2016 Rio Olympics, will no longer be involved.

“My ambition has not changed,” said the 27-year-old, who hopes to fight again in December. “I still dream of bringing a world title to Sunderland and I’m looking forward to getting back in the ring. Eddie offered me a five-fight deal and it was a very good deal, but so too did Wasserman.

“I felt their offer was the best for me. Every pro fight I’ve had has been on Sky Sports and, personally, being able to continue on Sky Sports was the big thing for me. Eddie has gone down the streaming route with DAZN and after weighing things up, I think this is the best move for me.

“I’d like to thank Eddie and everyone at Matchroom but I’m starting a new chapter now and can’t wait to get going with Wasserman and Sky and get back on track.

“I’m hoping to fight on the undercard of a Chris Eubank show in December – that wouldn’t be a bad place to start again, would it?”

Kelly was on the cusp of big things back in February when he took on Avanesyan for the EBU belt. While the fight had danger written all over it, the potential rewards were something else, given the reigning champion held top 10 spots with all the principal sanctioning bodies.

Kelly began with great gusto inside the famous walls of Wembley Arena, only for things to unravel alarmingly with that sixth-round stoppage. “I didn’t feel the pressure,” said Josh, whose record now reads 10-1-1 (6). “I felt it was the right fight. “But there were personal things which all came to a head at that time. David is a good fighter and champion who I respect, but with the personal issues I had I just wasn’t right. I had quite a few months off to rest my body and reset my mind and I feel in a good place now and I’m ready to get back in there.

“I’m still with Adam and still with Sky and I’m looking forward to my new partnership with Wasserman.”

One change though looks like being a move up in division to super-welter. “I felt I had all the energy I needed for the Avanesyan fight,” he added. “But when I came out for the sixth I had no gas left. Was it making the weight or was it my personal issues, I don’t know, may be both.

“I’ve boxed at welter for so long now, even as a kid when I was with GB and I found it hard making the weight back then! I think super-welter will be a good move.”

Kelly was back in with Adam Booth last week. Essentially a shy individual who comes alive inside the ropes, Kelly has relished having the gloves on again at his coach’s gym, revealing he did 10 rounds on Friday. “I’m so happy to be back in training, I just need to get some weight off now,” he smiled. “I love sparring, I spar all the time, it’s my favourite part of training. If Adam thinks I’m on point then he lets me spar – I love doing the rounds, I can’t get enough.

“I can’t wait to box again, I want to get rounds in the bank in December and then get amongst it again.”