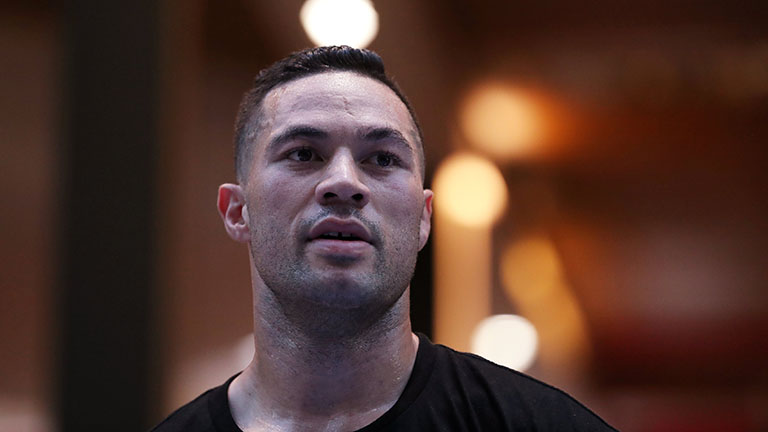 To open the door back to big fights, Joseph Parker says he must dominate Dillian Whyte, writes John Dennen

IT might well be hard for Joseph Parker to get the fight he craves. Earlier this year he lost his WBO heavyweight title to Anthony Joshua, now the unified champion with IBF, WBA and WBO titles.

Parker does have regrets. He believes he was lacking something in that first encounter. “I have learned from that fight. I was not aggressive enough and I wasn’t mongrel enough,” the New Zealander said.

He wants to take that frustration out on Dillian Whyte when they box on Saturday (July 28) at the O2 in London. “I said I wanted to hurt people from now on and I really mean that. We are in the hurt business,” Parker said. “If I don’t hurt him, he is going to hurt me.

“I want to go out and smash his body and head and exchange punches and whoever lands the cleanest shot should get the knock-out.”

His fight with Anthony Joshua was not a thriller. If he is going to get the rematch he would need to deliver something spectacular against Dillian Whyte. “I feel an impressive victory, in great fashion, could get that fight,” he said. “A win is good but you want to put on a dominant performance. I want to take more risks. Playing safe all the time makes people think you are a spoiling fighter. As much as I want to box and move and win, I have to go to war.

“We have to put on a great show and hopefully the winner will get Joshua if he doesn’t get that big fight with [Deontay] Wilder.”

Even if he is victorious, Parker however might well need to go another route. There will still be major appealing names in the heavyweight division. “I wouldn’t mind [Tony] Bellew, Tyson Fury, I want to be the fighter who fought everyone, all the best in the world,” Parker said.

“Tyson is very friendly and I respect him as one of the best of our time, while he was champion but when he gets back in shape I want to challenge him and test myself against him.”