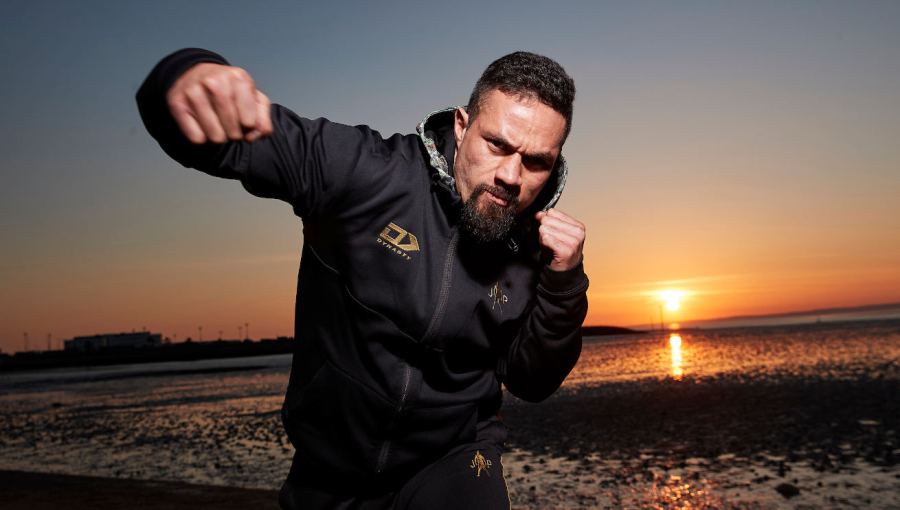 It won’t change the heavyweight landscape, but Dereck Chisora and Joseph Parker can be counted on to go to war writes John Dennen

IF a crossroads fight propels the winner onwards and upwards in their career and sends the loser backwards, what is Joseph Parker versus Derek Chisora II? A ring road fight? It’s hard to see how the victor would be able to secure a showdown with top tier heavyweights like Tyson Fury, Anthony Joshua and Oleksandr Usyk. Equally if Chisora were to lose, he’d still be an entertainer, he’d still be a popular fighter, as indeed would Parker, albeit one with a very different style to the Briton. Yet their fight remains compelling, particularly as it’s come off pay-per-view and onto DAZN. The heavyweight division is an intriguing mix of personalities and talent, even when it’s two boxers battling for a place at the bottom of the world top 10.

Most observers didn’t feel their first fight, which Parker won on points in May, left unanswered questions. But the fighters have a point to make themselves. So they box again on Saturday (December 18) at the Manchester Arena, this time with a full crowd around them.

Chisora is a marauding force inside the ropes. At his best he can close off an opponent’s space and clobber hard combinations round the body and head. Parker by no means found him easy to contain first time around. The Londoner can be just as fearsome outside the ropes. He notoriously threw a table at a press conference with Dillian Whyte, went on a rampage after his weigh in with Kubrat Pulev and the list of such incidents could go on. That potential for mayhem will draw attention in the build up to this fight. But Chisora is unpredictable. He’s just as capable of being disarmingly pleasant. Sitting down to have breakfast with Joseph Parker before their first fight threw the New Zealander.

“You’ve just got to be prepared for whatever he brings. Whether that’s being friendly or aggressive or being angry. He might slap me or kiss me or punch me, I don’t know, throw something at me,” Joseph said. “We had breakfast together, it was like an awkward first date.”

“I’ve never done it before and I never want to do it again,” he added. “What do you say to someone you’re going to punch in the face and is going to try punch you in the face?”

Parker insists he will be more ruthless in this rematch. “I know I can definitely hurt him. I know if I follow up on the good job I was doing of hurting him, I can get him out of there,” he said. “I feel this fight, there are no second chances. I have to take care of business.”

“I want to show what I can do in the ring,” he continued. “You want to look good, you want to look exciting and you want to stop your opponent and I want to do that more this fight than ever because the last fight was very close and a lot of people said he won, a lot of people said I won, it could have been a draw, this and that. Obviously I know I won. I watched the fight back, I know I won the fight and this time I want to make it a lot more decisive. I know I can do a way better job.”

He’s had more time with trainer Andy Lee, working in a talent-laden gym in Morecambe that includes excellent New Zealand prospect David Nyika, who boxes on this undercard, and heavyweight champion Tyson Fury who visits even while he’s out of camp.

Chisora has also changed his setup. He had Buddy McGirt in his corner for the last fight. Now he’s returned to Sheffield trainer Dave Coldwell. The two have worked well together in the past, Chisora left him after a spectacular knockout win over Artur Szpilka. Chisora hasn’t faded without him, he put Oleksandr Usyk under some pressure when they fought last year but Coldwell will understand what makes Chisora so effective and how to approach this fight. The Londoner promises to make it another difficult night for Parker.

Chisora did put down Parker down early in their first fight. Jabs set up a clubbing right over the top that forced Joseph to the canvas at the start of the first round. That set the tone for the bout but Parker is tough. He shook off the effects of that blow and though he’s been down before he’s never been stopped in a career that has seen him take on heavy hitters like Anthony Joshua and Dillian Whyte.

What Chisora does so well is bull his opponent across the ring, into the ropes and into corners and attack there. He did that at times in the first fight with Parker. But the New Zealander also showed how he could defuse Chisora, putting his footwork to good use and banging in his left as jabs or a firm hook. Chisora held him to a split decision previously, the pick now is for Parker to win again on points and maybe make it a little clearer second time around.

After dominating Avni Yildirim, Jack Cullen gets a shot at the vacant European super-middleweight title, although he gets a change of opponent. Kevin Lele Sadjo comes in to replace Emre Cukur. The unbeaten Frenchman should be a tough fight for the Bolton man, but if Cullen can box like he did against Yildirim he should win.

An excellent super-middleweight clash pits two unbeatens against one another. Carlos Gongora, 20-0 (15), meets Lerrone Richards, 15-0 (3). Gongora has fought the higher quality opposition so has that extra experience, he appears to be a shade more powerful. But Richards, superbly skilled, will be a very tricky opponent to beat and if he forces Gongora to come on to the front foot he could outpoint him.

The Verdict Chisora and Parker can be counted on to entertain.