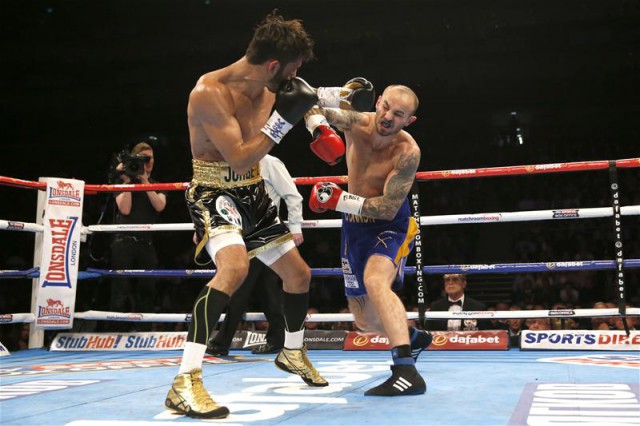 But Linares' trainer Ismael Salas tells James Slater that a rematch should be in the US. And that Mitchell must recover first

THIS past Saturday (May 30) Jorge Linares and Kevin Mitchell gave us a great fight that is destined to be remembered for some time to come. WBC lightweight king Linares rose from a knockdown and also overcame a points deficit to snatch a tenth-round stoppage win over a badly busted up Mitchell. The courage both men showed – Mitchell especially – moved even hardened observers of the sport.

I caught up with Linares’ trainer Ismael Salas and he spoke about Saturday’s thrilling fight and the chances of a return meeting happening.

Congratulations on a great win for Jorge, in what was a great fight.

Thank you. I would like to thank Kevin Mitchell and his team for bringing out his best fans and supporters, who honoured our noble sport. I think all fight fans the world over saw how great our sport is with this fight.

How good was Mitchell and did he surprise you at all?

I think Mitchell is a great warrior and we saw the very best of him on Saturday. I do believe he will become a world champion one day. He should keep moving forward and never give up on his dream.

What was it that won the fight for Jorge?

Is a rematch something you would be interested in?

Talking to you honestly, why not? But it would have to be in the U.S, for things to be fair. We already gave Mitchell the opportunity in his own backyard. Now it is our time [to fight at home.]

And what chances are there of a rematch being Jorge’s next fight?

Right now, Jorge is spending time with his family. The very same day he fought, Jorge was able to join his family and his newborn baby daughter! Right now, Mitchell should rest up and concentrate on recovering first, before thinking about a rematch. Of course, we like to win and would in a rematch, but we also have to think of the life of our opponents and we have to protect our opponent’s [health] outside of the ring. Please tell Kevin to rest and then look at moving forward. Right now we can enjoy the victory and the fans can also.

THE BIG SHOW IN LONDON AS IT HAPPENED