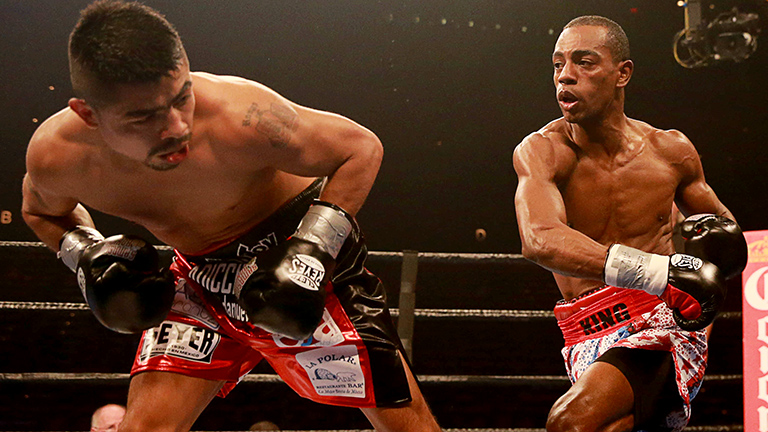 The unbeaten 27-year-old from the Dominican Republic was in control from the outset, dropping Japan’s Wake twice in the second round.

Wake hit the deck once each in the third and fifth rounds and was bloodied and badly beaten when referee Wayne Hedgpeth eventually stepped in at 2-16 of the 11th.

Wake’s right cheek was badly swollen and sported a nasty cut when the fight ended, while Guzman – now 22-0 (22) – maintained his 100 per cent knockout ratio.

Frampton vacated the title earlier this year in order to move up to featherweight, where he will challenger WBA champion Leo Santa Cruz on July 30.

On the undercard Kazuto Ioka defended his secondary WBA flyweight title against Keyvin Lara, knocking the Nicaraguan out in 11 rounds.