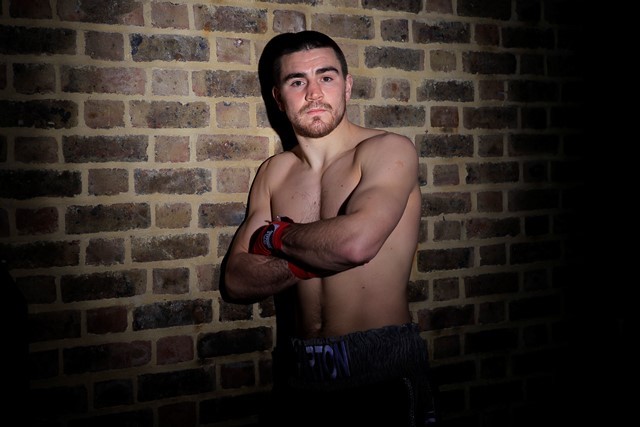 "I am fed up with boxing journeymen and now I want titles," says Garton

JOHNNY ‘THE PEXICAN’ GARTON, 27,is the latest prospect to put pen to paper and ink a three-year deal with Steve Goodwin. Garton has won 12 of 13 bouts with his solitary loss coming in Prizefighter against Sam Eggington.

Garton trained by Alan Smith at the IBox Gym in Kent feels the time is right to step up in class.

“I am fed up with boxing journeymen and now want to navigate through titles,” he said. “There is no doubt Steve is the man to do that. He is signing some of the best talent in the South of England and is great to deal with.”

Steve said: “I am delighted that Johnny has chosen to put his faith in us. We will be showcasing Johnny on our big end of year show “It’s Go time” at York Hall on 13th December. We are currently working on a big fight for Johnny and news will be announced shortly.”

“The end of 2014 and 2015 will be massive for Johnny and we will give him every opportunity to reach his aspirations.”

Trainer Alan Smith said “I am delighted that Johnny has signed with Steve. They will make a great team. Steve gives fighters the attention and comes to our gym to see Johnny. It is a perfect match.”

Here is the video where Johnny discusses the move and his future.