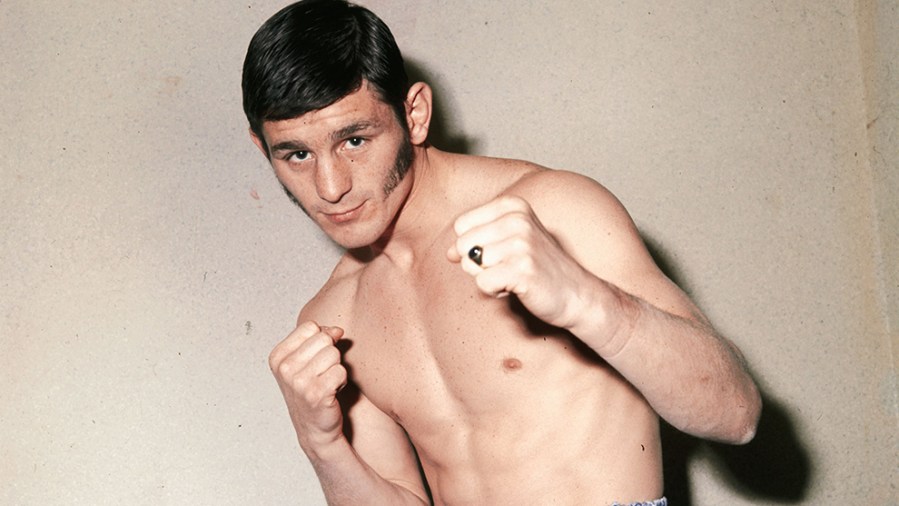 One of the greatest of all Australian boxers passes away

AUSTRALIAN former world featherweight champion Johnny Famechon died on August 4 at the age of 77. Famechon, who was born in Paris before moving to Australia as a five-year-old, won the WBC title in January 1969 inside London’s Royal Albert Hall when he outpointed Jose Legra over 15 rounds.

Famechon had fighting in his veins. His father, Andre, was a French lightweight champion who later gave Johnny the sky blue trunks he would wear throughout his career. Uncle Ray won European and French titles at featherweight and challenged unsuccessfully for a version of the world championship, while another uncle, Emile, held the French flyweight title. Two further uncles, Alfred and Lucien, competed professionally at bantamweight and flyweight respectively.

Johnny, however, was the most accomplished of the lot. Trained by Ambrose Palmer, a world class boxer who went on to have great success as an Aussie rules footballer, Famechon never boxed as an amateur before turning professional in 1961. Needless to say, the art of boxing came naturally. Classy and elegant, Famechon won his first title in 1964 when he became the Victorian featherweight title. Three years later, an 11-round victory over John O’Brien saw him crowned king of the Commonwealth.

But it was at world level where fans got to see the best of him. Legra, a fine champ in his own right, could not cope with the movement and majestic left hand of “Fammo” in London. The victory made Johnny his country’s third world champion, after Jimmy Carruthers and Lionel Rose. When he returned to his homeland to a hero’s welcome, Famechon was presented with the Keys to the City in Melbourne.
The great Fighting Harada would be contentiously outscored over 15 rounds in Sydney, in a bout refereed by Willie Pep in July 1969, before the pair rematched the following January in Tokyo. Many expected Harada to win and he looked on course to do so when he dropped Famechon in the 10th. But the champion roared back to stop Harada in the 14th.

Four months later, Famechon met his match in the shape of the comebacking great, Vincente Saldivar, in Rome. Famechon was floored in round eight and finished the fight strongly but was a worthy loser after 15. Famechon, aged only 25 with a record of 56-5-6 (20), did not box again. “I had so many fights,” he said, “enough was enough.”

He stayed in the sport, working as a referee, and he would often be spotted at amateur and professional shows, watching keenly from ringside as a fan.

In 1991, he was hit by a car outside Warwick Farm racecourse in Sydney. He suffered a stroke and brain damage, and spent 10 days in a coma. Though never quite the same after that, he worked hard to regain as much of his old self as possible.

“It was a tough time but I am back on track,” he said several years later. “I have led a great life and I am thankful for all of it. You have to take the tough times as well. I have seen some incredible things in Australia and abroad.”

This year, he was appointed a Member of the Order of Australia in the Queen’s Birthday Honours.

Widely adored in Australia, Famechon will be remembered fondly as both a great boxer and a great man. Jeff Fenech said, “He lived a great life. He never failed to send me a Christmas card and every time I saw him we would laugh and joke. He was such a beautiful man. On top of his legendary boxing record, as a human, he was second to none.

“He was the perfect ‘boxing chess match player’. He would hit, but he never got hit. After his accident, everything was about living life to the full.”

Barry Michael, another former Australian belt-holder, added: “As a kid living in housing commission and seeing ‘Fammo’ win a world title, it was so inspiring to me and many others. He was an idol back then. He was super slick, a defensive genius… He was a student of the game.”