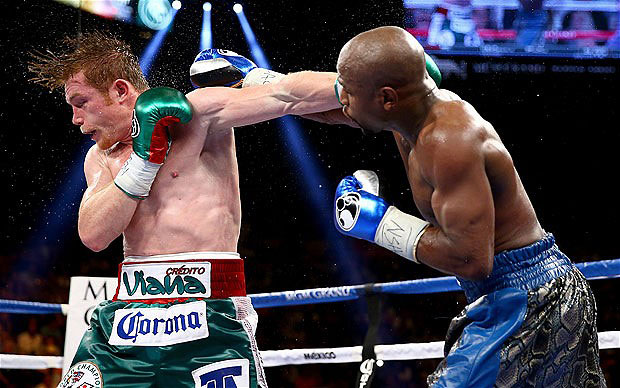 Canelo, 23, fights at the MGM Grand in Las Vegas this weekend, the same venue where he lost on points to Mayweather last September.

Scully, who is now a trainer, said he would be telling Alvarez this fight represents just another step on the road back to the top.

“I’d tell him we have to keep pressing forward in his career,” he said, “that this is just another hurdle that he prepared for and now has to jump, then I am expressing to him that this is the big fight, one that is a must win for him. That this is a chance at real redemption in the eyes of the fans and that without victory over Lara there will be no chance ever of a rematch with Mayweather.”

Scully is a firm believer that fighters learn more from defeats than they do victory, so the young Mexican would have picked up several pointers from Mayweather’s exhibition last year.

“I would say that he should feel good about his performance against Mayweather for several reasons. One is that he gained a ton of championship level experience that he couldn’t get with anyone else on earth. He won some rounds in the eyes of most observers and he didn’t get brutalised as much as he was outmaneuvered. He hung tough for 12 rounds with the pound-for-pound best of his era and I’m sure he definitely looks back and feels he could have done a few little things differently and made it an even closer fight. I’ll bet anything he feels in his heart that if they were to fight again he could make it a much tougher and better fight.”