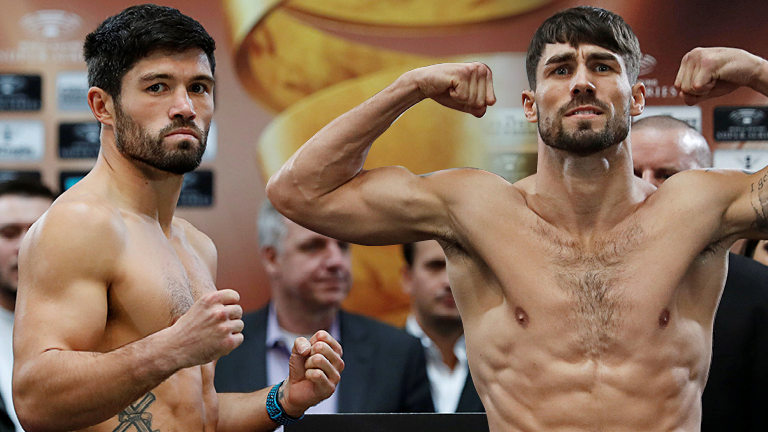 John Ryder was facing the end of the line, now with the Jamie Cox fight everything could change

How have you prepared for Jamie Cox?

We’ve had a good long camp, we were in LA for two weeks, sparring with a lot good amateurs now turned pro. I did have a lot of southpaw sparring out there so it worked well.

It’s upon us now, we’re ready to go. I’m buzzing. I’m just looking to put everything in on the night and just make it a good fight.

How do you see it panning out?

You don’t know. You don’t know if Jamie’s going to implement anything different from the [George] Groves fight or if he’s going to come out like he did then. It’ll be interesting to see how he comes out, what style he adopts, I’m just looking forward to it.

Do you think he was too reckless against Groves?

I think he made it the fight it had to be. Because there’s always questions surrounding George and what he’s got left. He’s been stopped against the likes of [Carl] Froch, people are going to think they can get him out of there. He’s a world class operator. He’s learned from his mistakes, he’s come back and he’s a great champion. It was Jamie’s first time a world level, he went for it with both hands and he fell short. But I’m sure he wants to get back to that stage again.

I was at a point then when if I lost, I’d have to look for something else. I can’t afford to rebuild again. I’m 30 this year. Opportunities aren’t going to keep knocking. I don’t want to sound like a diva, I can get up for four and six rounders. I want to be in big fights. This isn’t a title fight but it’s a big fight. These are the fights that get me excited.

Where do you think the winner of the Cox fight goes?

I’ve got a high ranking with the WBA, I think I’d push on for a shot at Tyron Zeuge. He won the other day… I think I deserve the shot. Come through this I think I do believe a shot.