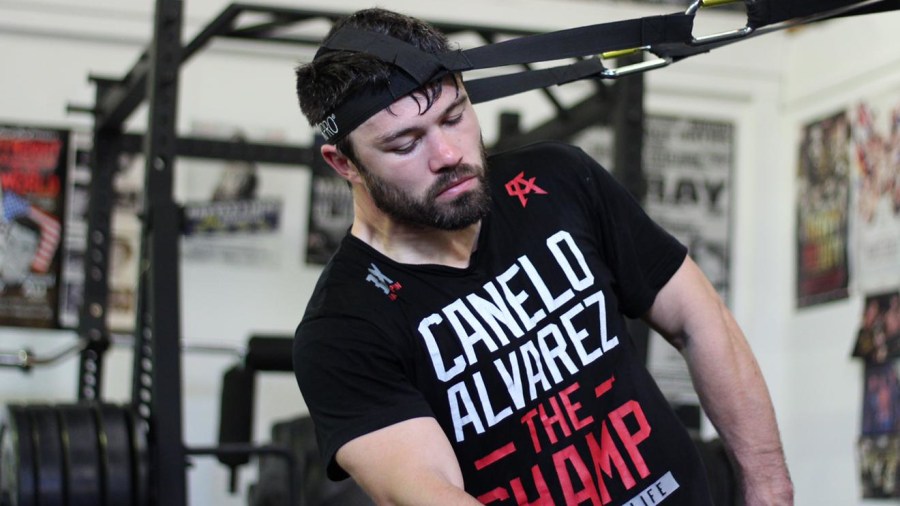 John Ryder flies out to Dallas tomorrow ready to step in to fight Canelo Alvarez at short notice if Billy Joe Saunders does withdraw from the contest, reports John Dennen

JOHN RYDER is flying out to Dallas tomorrow (Wednesday) and is ready to step in to fight Canelo Alvarez on Saturday, if Billy Joe Saunders pulls out of the fight.

Saunders is due to meet Mexcian superstar Canelo Alvarez on Saturday in a WBO, WBA and WBC super-middleweight title unification at the AT&T stadium in Arlington, Texas. A dispute however erupted on Tuesday about the size of the ring for the contest. Saunders’ team are saying that a ring any smaller than 22 foot would be unacceptable and that the Briton, who holds the WBO belt, could withdraw from the contest even at this late stage.

Ryder, who fought then WBA champion Callum Smith in 2019, is due to be in Dallas this week for media commitments and is willing to step in at short notice, if Canelo finds himself in need of an opponent.

Ryder has been preparing for a super-middleweight fight in America in June, so he will be fit to fight, though would likely need some leeway on making 168lbs.

“Put it this way, it’s a bit earlier than scheduled but I’m definitely going to pack my gum shield and protector just in case,” Ryder tells Boxing News. “That’s the sport we’re involved in. Especially with Covid, how many times have you seen fights pulled last minute with positive tests coming through and main events falling through. I’m going there tomorrow regardless, what’s an extra couple of ounces for a protector and a gumshield. I’m taking my gloves and my boots anyway.

“What’s the saying – have gloves, will travel. That’s me.”

Ryder had his last fight the night before Alvarez vs Smith in December and has long eyed a shot at the world’s leading super-middleweight. The Londoner is quite prepared to be on stand-by for Canelo. “I was going out there to be a bit of promotional work for my own up and coming fight so I’ll be out there regardless. If not [fighting] I’ll be spectating,” John said. “I’m looking forward to a nice few days in Dallas. Was hoping to watch a good fight but, you never know, I might end up being in a good fight.”

Alvarez is a target for any world level super-middleweight. “Definitely. I’ve thought about the opportunity of fighting Billy Joe again [too]. I get on with Billy Joe, we’re friendly as it goes, being former foes and I wish him the best. I agree with the stance he’s taking,” Ryder said. “I agree with the fuss he’s kicking up. A bigger ring suits him better but if it was that important it should really be stipulated in the contracts and agreed way before fight week.

“Canelo’s a hunter, he likes to wear down the prey and go after them. That’s Billy Joe’s game, on the outside skirting in, quick flurries, getting out on his bike again. His best way of winning is to have a bigger ring and get the movement off.

“He’s right to kick up a fuss and Canelo sees himself as the A-side, he’s right to stick to his guns and say no.”

John though added, “We know Billy Joe likes a bit of fight week antics and I’m sure Canelo’s happy to oblige him. [But] they’ve both trained for each other, they both want to fight, they’re both desperate to fight.”

For the record though, Ryder would be willing to box Canelo in a 20 foot ring, or an 18 foot ring. “To be fair if the opportunity came up I’d fight him in a phone box. It’s a fight I’d love,” Ryder said. “He’s the pound for pound star, he’s the number one champion in the world. He’s going through the weights making history. To share a ring with him would be an honour but I’d go in there with the same mentality that I could beat him, I could hurt him, I could knock him out. I’d try it. Try and upset him, upset his rhythm, hit him low, hit him on the belt, whatever you can to offset him and beat him.”

After his showing against Callum Smith, Ryder thinks sooner or later he does deserve a fight with someone like Canelo. “It’s hard when you see other fighters get opportunities and you’re stuck on the sidelines and waiting patiently,” he said. “It’s not Callum’s fault, he can’t help how the judges called it but I believe that should have been my fight.