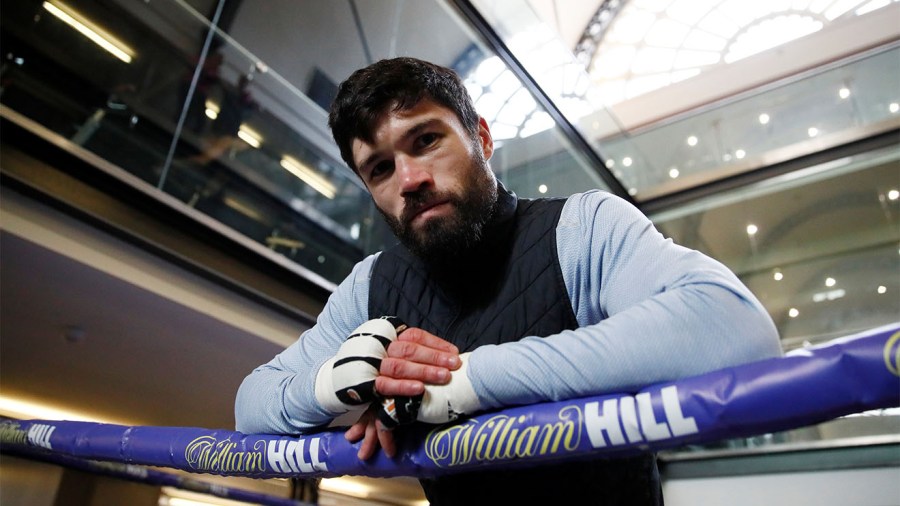 THE unlikely does happen in boxing. After his much discussed fight with Callum Smith, John Ryder is still no further along. Despite his good performance, a decision defeat leaves Ryder without a world title, without a mandatory position and not a great deal of optimism. But he hopes his efforts were still enough to peak the interest of Canelo Alvarez and get him a shot at the biggest name in boxing.

“If Canelo picks Billy Joe [Saunders to fight], Callum might think well I’ll do the rematch, but if Canelo picks Callum Smith then I believe Billy Joe might go back down to middleweight and fight [Gennady] Golovkin,” Ryder reasons. “I’m hopeful because I believe if these fights get made for Callum Smith and then Canelo might vacate the [WBA] regular title and I’ll be able to fight for that.

“If Canelo picks me over Billy Joe and Callum Smith and they fight each other, I’ll get a big fight with Canelo. That would be nice wouldn’t it?”

He believes he has the credentials for such a fight, and has noted the supportive statements made by Canelo’s trainer Eddy Reynoso. If there is a shortlist to fight Alvarez next year, Ryder’s name might well be on it. “I went in there, people weren’t giving me a chance [against Smith for the WBA super-middle crown]. I’ve come out with people believing that I won and I should be the world number one,” John said. “I’ve been involved in a great fight with the world number one in my division and I believe I won.”

He did acquit himself well against the bigger, more highly rated Smith. “I knew I was going to be in for a hard night’s work but at times I was surprised with how much success I was having and how well it was going for me,” Ryder said. “I believe I had him hurt at times, I obviously didn’t finish him off.

“I was just surprised I could beat him to the jab at times. For someone who’s got such a height advantage, that at times I was outjabbing him and outboxing him.”

Ryder is adamant he’s not too small at super-middle. “Mike Tyson was about the same height as me and he was a heavyweight so people can do it,” he adds cheerfully.

“It’s been a whirlwind of support. Twitter’s normally a platform where they give people stick. It was nice, really heartwarming to see how they got behind me,” Ryder reflected. “It was really good at lifting my spirits and making me realise I should be champion. Having watched the fight back now it cemented for me I should be champion.”

But he says, “Now I’m sitting back and I’m thinking well if all you see it this way how have the judges got it so wrong and why am I not sitting here with three nice new belts by my side?”

The pain of defeat still lingers. He just has to hope he can convert it to something positive in the long run.