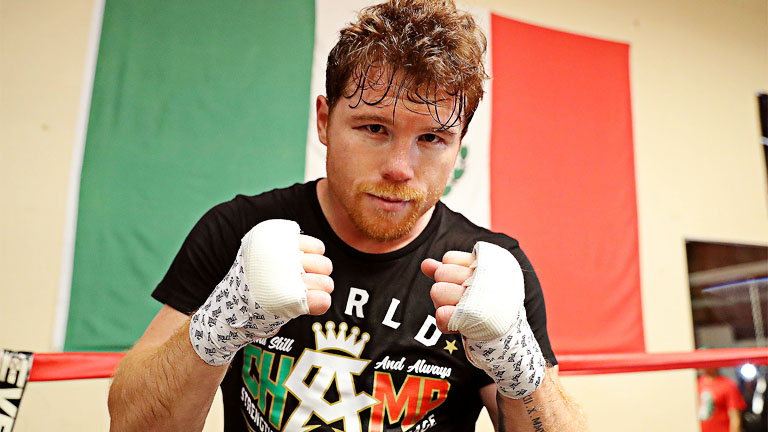 BOXING is a cynical business. The reason Canelo Alvarez chose Rocky Fielding as his next opponent is simple. He expects to win it, probably without too much fuss. Rocky holds a WBA ‘regular’ title at super-middleweight. It is a secondary title, Callum Smith is the WBA’s reigning ‘Super’ super-middleweight champion. Nevertheless beating Fielding on December 15 at Madison Square Garden would, theoretically, allow Canelo to call himself a three weight world ruler. But at the same time boxing makes unreal stories a reality. Who would have thought ‘Rocky from Stocky’ would get to fight the biggest name in the sport at the most august venue in boxing history? And who would begrudge him that?

John Ryder could be the next low key Englishman to have a dream made true. He could well end up challenging Canelo next year.

Ryder fights Andrey Sirotkin in a final eliminator for the WBA super-middleweight title on Saturday (October 27) at the Copper Box in London. If he wins that ought to guarantee him a shot at the belt Callum Smith holds. But having him highly ranked with the WBA will also put him in to the frame for a shot at the winner of Canelo-Fielding.

“As long as he [Alvarez] stays at super-middleweight, which I’ve heard he will do, it’s a very possible fight,” Ryder tells Boxing News.

The idea of following in the footsteps of Fielding, a man who edged him out of a British title fight last year, quite appeals to him. “Going out to Germany to fight for the title [as Fielding did], it’s a big risk,” Ryder notes. “Fair play to Rocky, he took the chance and now he’s reaping the rewards.”

Coming off wins over Jamie Cox and Patrick Nielsen, Ryder deserves a shot at the big time. “I believe so. Who’s had a better run of fights? They had good record, Cox was coming off a loss to [George] Groves, his first loss, all good fighters,” he says. “I feel like I’m unbeaten at super-middleweight. I had a close fight with Rocky Fielding. I feel like I won. 50 out of 100 people would say I won, 50 might say I didn’t. But I’m not going to dwell on it. I’ve got to take care of business on Saturday.

“There’s no better position to be in. But that being said I’m got to take care of business Saturday night.”

If victory puts him on course for an eventual shot at Callum Smith, who has looked brilliant, Ryder is all for it. Smith made himself star when he beat George Groves in Saudi Arabia. “Rightly so. Before that fight you would have put George at number one in the world. Callum beat the man, and he done it in good fashion,” Ryder said. “It’s hard because I like Callum Smith, I like the Smith brothers, they’re a good fighting family. He looked great against George Groves, he boxed like a true champion. Took his time, was patient and he got the result. He’s a great fighter. But I’m not in this to take easy fights.  I’ve always pitched myself against the best and I will always continue to do so.”

All those dreams could be dashed if he loses to his Russian opponent on Saturday. “I don’t feel the pressure,” Ryder said. “He’s got quite a negative style, he’s come from a kickboxing background so his feet are all over the place a bit and switches but I’m just looking forward to it.

“Styles make fights and if he doesn’t want to engage, it’s going to be hard. I’m sure I’m disciplined enough in myself to not get careless, to not get reckless and put in a good performance.”