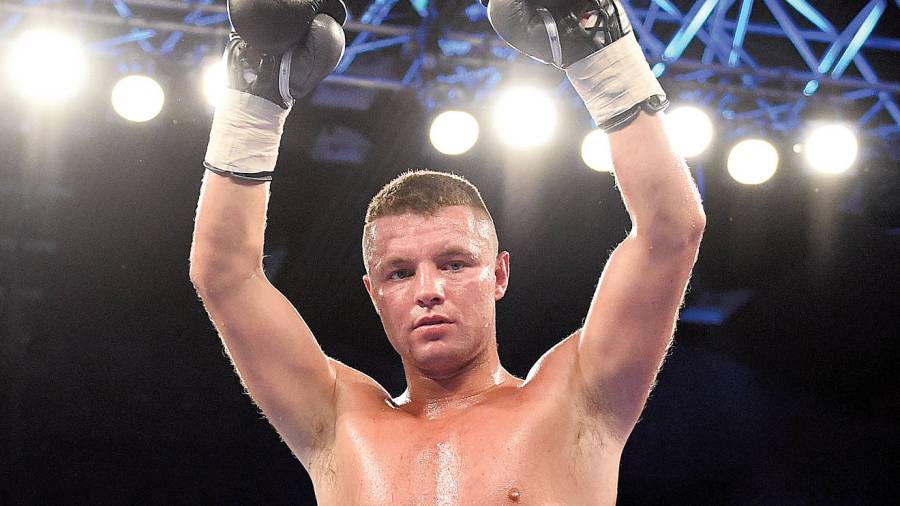 JOHN McCallum says that at 33 years old and after more than a decade as a pro, it’s “time to roll the dice and see how far I can get”. He failed to pull off Mission Impossible last November when he took on 2016 Olympic champion Evgeny Tishchenko in Russia at two weeks’ notice, losing in two rounds. Next for the Edinburgh boxer is an eight-rounder against Kazakhstan’s Issa Akberbayev at York Hall on Saturday night (July 31). Mo Prior promotes a show that will be screened live on the Fightzone app.Akberbayev is a 37-year-old from Kazakhstan with a 20-2 (15) record that it’s taken him 11 years to compile and shows defeats in his last two, against common opponent Tishchenko and Kamshybek Kunkabayev, a world-class amateur who was making his pro debut.

Now based in Surrey, where he’s trained by Charles Oliver, McCallum turned pro in 2010 weighing 170lbs, had a spell at 154lbs, went back up to 168lbs and is now campaigning at 200lbs. “I used to knock people over in the gym and then drain myself down to fight and struggle to win on points,” explained McCallum, who stands 6ft 2ins, around an inch shorter than Akberbayev. “The older you get, the harder it is to lose weight and anyway, I feel much stronger at cruiserweight.”

McCallum put that to the test last November when, with only two weeks’ notice, he faced Tishchenko, a towering left-hander who had won all seven pro fights after an amateur career that peaked with gold in Rio. McCallum admitted that even manager Prior didn’t give him much hope, but McCallum fought with real fire for a round, launching rights at the Russian as he sat on the back foot and had a look. The second was very different as Tishchenko manoeuvred the Scot into corners and after McCallum swung and missed with a right, he shipped a countering body shot that left him on his knees. McCallum got up as the referee’s count reached ’10.’

“People might laugh because he beat me in two rounds, but I honestly believe that with an eight-week camp I could have beaten Tishchenko,” he said. “I only had two weeks’ notice for the fight and had to lose 12kgs – and I hadn’t fought for nearly two years either.”

Twelve months before he beat McCallum, Akberbayev toughed it out for six rounds against him before retiring on his stool. Akberbayev had been down in the fifth, again from a body shot. That snapped the Kazakh’s 20-fight winning streak, spread over 10 years, and was followed by a loss to Kunkabayev, twice a World championship silver medallist as an amateur.

As for McCallum, the other loss on his 12-2 record came on cuts against Leon McKenzie at 168lbs in October, 2015. We simply don’t know how effective McCallum will be at 200lbs. He says the best days of his career are ahead of him, but he would, wouldn’t he? Akberbayev has fought internationally at 200lbs and has a points win over Julio Cesar Dos Santos, a game Brazilian taken out in five by Tony Bellew here. We go for him to beat McCallum on points as well.

Also at York Hall, there’s a good match up at 147lbs between unbeatens Dan Morley (6-0) and Louie Isaacs (6-0). Watford cruiserweight Anees Taj has pop in his punches. On his pro debut in November, 2019, Taj, who won 27 of 36 amateurs, took only 48 seconds to leave the 6ft 8ins Imantas Davidaitas (6-32-1) crumpled on the canvas with a right hand, and that punch brought him another exclamation-mark finish in his last outing, in Belgrade in May. Dejan Veljkovic (2-4) was left on the canvas for a couple of minutes.

The Verdict A second tough fight in a row for McCallum.