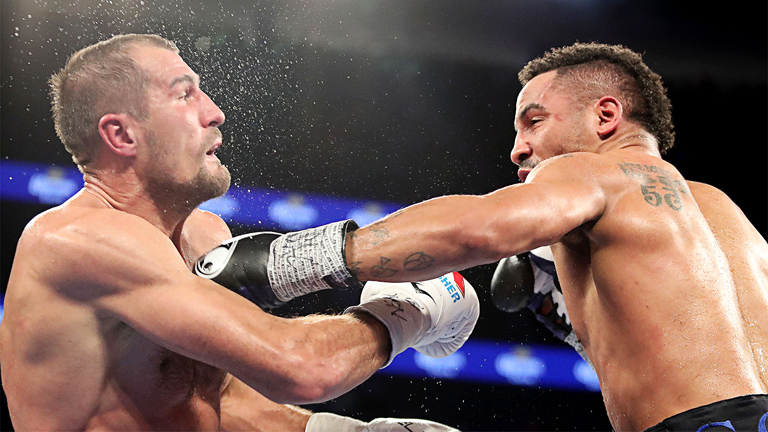 IT’S tempting to see the Andre Ward vs Sergy Kovalev June 17 rematch as a classic match of styles, with the strong power-punching brawler in Kovalev going up against a supreme technician in Ward, the Olympic champion who has never lost as a pro.

But Kovalev’s trainer John David Jackson made the startling claim that Kovalev doesn’t need to outbrawl Ward, that he will instead outthink and outbox Andre. He looks to their first fight, last November, as evidence.

“The second half of the fight, he didn’t do what he was supposed to do. He let Ward back in,” Jackson said. “Now go back to the first half, Sergey knocks him down… Second fight if he does in the second half of the second fight what he did in the first half of the first fight, he’s proving what I said. Sergey can outbox Ward. He did that. His jab was the stronger. He feinted Ward, Ward couldn’t deal with that. He proved my point. If I’m boxing against you and you’re a slugger, if I’m smart I’ll beat you all day long. If you turn around and start boxing me, now I’m in trouble because I’m not as used to fighting guys in the same style that I use.

“So when Sergey turned into a bit of a boxer against Ward and took his time and just kind of chopped him down, Ward was lost. The jab alone had Ward jacked up. If he can do that the second half of the second fight, he’s wins easily.

“He proved he outboxed Ward at his own game. His jab was so much stronger Ward couldn’t deal with him. He slowed down and allowed Ward to creep back in. Not win, not to come back and dominate, let him creep back in. We can’t in the second half of this fight.”