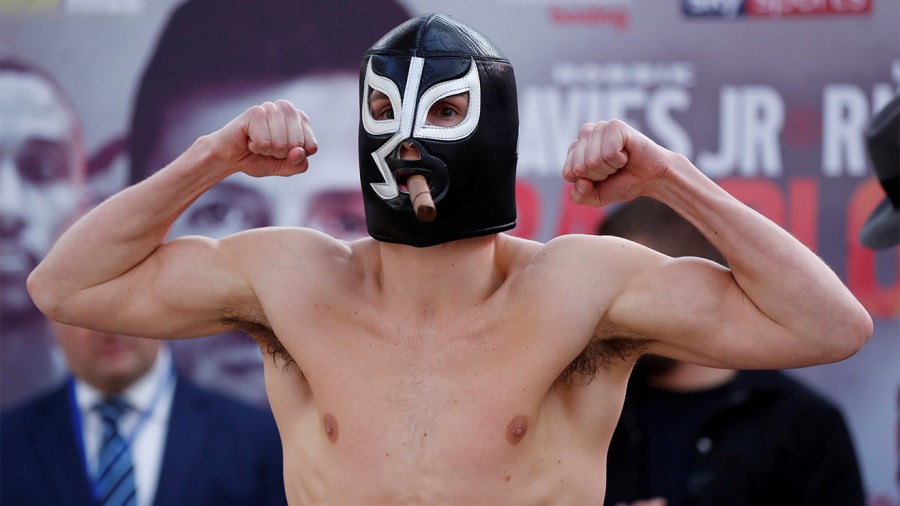 Joe Laws is making waves at an early stage in his career, writes John Dennen

“The unwritten rule of sparring – however many rounds you say you’re going to do, you do,” declares Joe Laws. Devin Haney, as far as Laws is concerned, violated that understanding.

Laws, a prospect from Benwell, sharing a ring with Devin Haney, a budding star in America who already has been awarded and stripped of a WBC world title, might seem an unlikely proposition. But Laws, on a holiday in Las Vegas, crossed paths with Haney and the two still exchange bad tempered tweets on the subject.

Joe takes up the story. “I was hungover in Las Vegas, I was on holiday. Me and Jordan Reynolds went out,” he says. “I woke up, I said to Jordan there’s no way I’m sparring today. Jordan gave us a good pep talk, he said, ‘Listen bruv, we’re in Vegas man.’ I go aye, had a black coffee and went in the gym. And I was sparring Devin Haney, we were doing six rounds. I turned up to do six, the first two rounds I couldn’t hit him. The third round I come with a big left hook and the whole gym went, ‘Ooh.’ In the fourth round I absolutely tanned him, I punched his head in. After the fourth round they started pulling him out.”

Laws was unimpressed. “He got pulled out,” he said, before adding with a laugh, “So technically I stopped Devin Haney in the fourth.”

Laws is quite happy to glove up and take to the ring, anywhere and any time. “Regardless of if I’m on holiday, training camp, whatever, I train every day,” he says. “Whatever you do, do it at 100%.”

He was on holiday in Mexico when another sparring opportunity arose. “I was speaking to the waiter and the waiter says we’ve got this rough gym two hours away. I went, ‘Can you take me after you finish your shift?’” Laws explained. “It took us two hours to get there, it was dark, in this rough town in Mexico… This little hut thing. I walked in. There was about 50 Mexicans there with their tops off just staring at us.

“I said I’ve got no gloves, the guy handed us a pair of gloves and a headguard, they were sweaty, they were mouldy, there were horrible and I had two four round spars.” One of his sparring partners then is doing well as a 7-1 pro in Mexico.

“I’m game, I’m down,” Laws continued. “I’ve sparred all over the world and I’ve realised a spar’s a spar… As soon as you step through them ropes there’s only you and your opponent.”

The same devil may care attitude can be seen in the way he fights. He flings himself into his opponent, letting punches fly with either hand. He was exciting to watch as an amateur and has continued to be as pro, attacking with gusto when he plunges into a bout.

Looking back Laws enjoyed his time in the amateurs. “You rocked up at a social club, you had a fight, you’re with you’re pals. It was mint. I had a successful amateur career, I boxed for England, I seen the world,” he said. But he’s always been himself. “My style, as soon as I step through them ropes it’s all or nothing,” Joe said. “Some fighters can be like 30-0 but they don’t get recognised because they’re not exciting.”

Laws is proud to represent his hometown too. “Benwell, it’s a rough place, it’s a rough area but I’ve always lived there. I grew up there, I made all my friends there. I’ll die there. Hopefully not too soon,” he said with a smile.

He is generating quite a following in the North East. Crowds are turning out to watch him, even against the little known opponents he is facing at this stage of his career. “I’ve got time for everybody. I’ve sold thousands and thousands and thousands of tickets. I’m humbled by it,” he says. “I’ve got some of the best supporters in the world so why not test myself. I’m young. I’m hungry. I took my chance at the arena, it’s going to be electric.”

“I’m making noise and I’m living the dream. I am. I’m a young lad and the dream when I was growing up watching the likes of Ricky Hatton, in these press conferences and I would say to myself one day I’m going to be on these shows,” he continued.