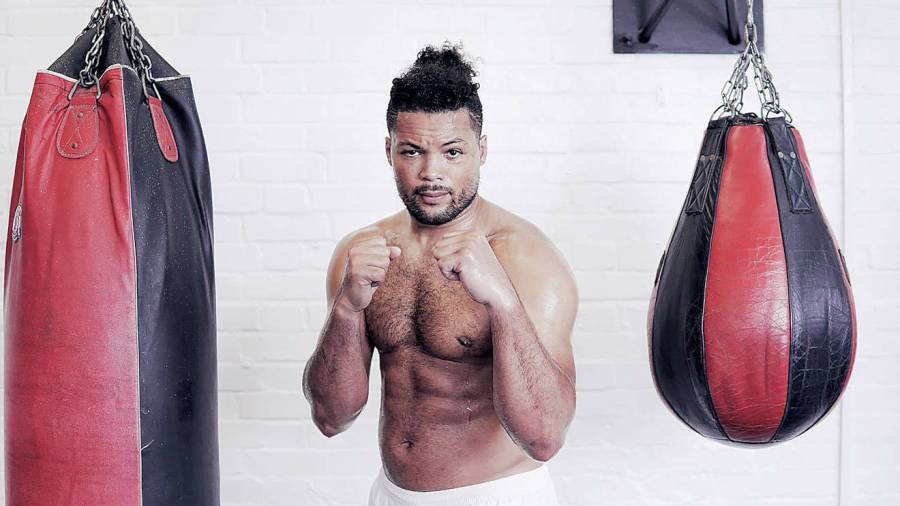 Joe Joyce will not take Takam for granted nor presume that he will soon get a title shot, writes trainer Steve Broughton

WHAT you see with Joe Joyce on television and read in interviews is exactly what he’s like in real life. He doesn’t get flustered when he’s in the ring with heavyweights who are trying to knock him out so he most certainly doesn’t get flustered by anything that happens outside of the ring.

Nonetheless, it hasn’t been an easy eight months since he knocked out Daniel Dubois. The narrative going into that fight was the winner would get a shot at the vacant WBO title against Oleksandr Usyk but then Tyson Fury-Anthony Joshua fell through and we’re no further along with that. We’re being told that if Joe beats Carlos Takam this weekend he’ll be in line to face the Joshua-Usyk winner. But will that really happen? Probably not. We know that if Usyk wins it will be probably be a Joshua rematch and if Joshua wins he’ll be moved towards Fury. The situation with the sanctioning bodies is ridiculous. Suddenly Dubois, who lost to Joyce, is the mandatory with the WBA before Joe has even fought. How does that work?

But Joe is a patient guy and he will continue to fight until he gets his chance for the world championship. We don’t want a situation like Dillian Whyte finds himself in but we are being realistic about the future.

Joe and I are similar in many ways and that’s why we work so well as a team. We don’t get stressed or over-excited. We understand each other. Apart from the three weeks he spent with former trainer Ismael Salas last year, we’ve been working together as fighter and coach for a year.

I understand Salas as a trainer and several of his methods remain. But I have implemented some different things with Joe over the past 12 months that are working well. Salas’ style was typically Cuban; it was based on rhythm, technique and co-ordination. He’s the type of trainer who would watch a video of a fighter throwing a hook and identify that they’re not turning their hand over correctly.

I’ve spent more time on working on Joe’s defence, getting him to deflect shots and to work on the inside, which is too often undervalued. Joe is a good student, he will always listen and is willing to try new things. But he’s not one of those fighters who will pick up new techniques immediately, they need to be drilled into him over time. From my perspective, I see the subtle improvements in his defence that no one else sees, I see him putting those combinations together that we’ve been working on so tirelessly. It takes time, but Joe gets it.

Takam is the ultimate heavyweight gatekeeper and I mean no disrespect by that. He’s fought the top guys but he’s lost to the top guys. We’ve watched Takam at his best and we’re preparing for that version of Takam but, even then, there’s nothing I see that sets him apart from the kind of competition Joe beats all day long. That said, we’d be fools to take him lightly. He’s no Joe Frazier but he does bob and weave and bowls shots over as he comes in. We are aware that though he’s short, he has long arms – longer than Joe – so we have considered that. He also has a good palate of punches to choose from. He’s solid in many areas.

Joe has had excellent sparring against top amateurs like Natty Ngwenya, whose dimensions are very similar to Takam. We’ve also used Alen Babic. He’s been a bit different. He’s not as technically good as Takam but he came ready to go to war. If Takam wants a war, we are ready. If he wants a boxing match, we can do that too.

We know Takam is strong but we’re not as fearful of his power as we were someone like Dubois, for example. Takam can bang but he rarely puts the lights out with one punch. Joyce will not be complacent, it’s simply not in his nature. Not about this fight or about his future.

There is still a lot of work to do.