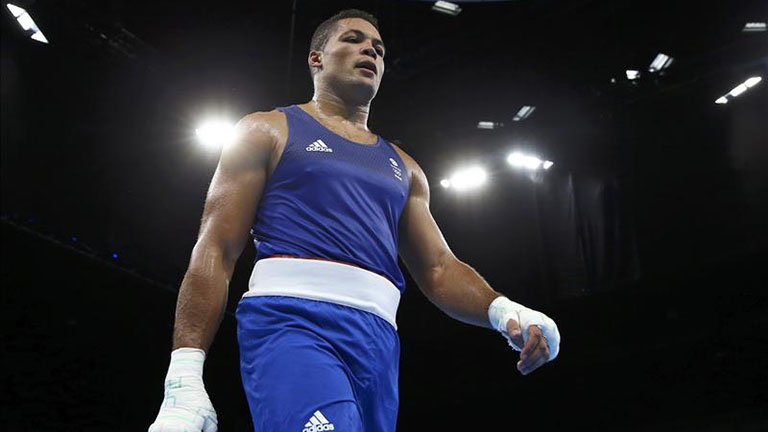 JOE JOYCE can relax. The rigours of the Olympics Games are over. He has been welcomed back to much acclaim with a super-heavyweight silver medal from Rio 2016. A street party celebrated his return and many in the UK feel Joe deserved the decision against France’s Tony Yoka in the final.

But Joe can’t shake the nagging feeling that he missed out on the jackpot. He felt he landed the overwhelming majority of punches in the final. He has watched the contest back since returning to England. “I thought how could I have lost that first round, all the rounds pretty much. I don’t know,” he reflected. “He caught me with some good shots, good clean shots as well, but obviously the volume of shots I landed was a lot more.

“He wasn’t utilising any movement because obviously he twisted his ankle in the previous fight. So his tactic was just to get in his shell and try and get some counters off. But I wouldn’t have thought you’d win bouts like that, unless you’re making them miss and then countering straight away and hitting the opponent with more shots, eye-catching shots. I was getting through his guard as well. Because he had a gap down the middle and obviously round the sides as well. I landed body shots as well but I don’t know if they were counted.”

He added, “You just have to kind of deal with it. What can you do?”

But there is a real cost to that loss. Winning an Olympic super-heavyweight gold medal would have all but guaranteed an extremely lucrative offer to turn professional. “So it’s a bit of a kick in the teeth,” he sighed.

He resisted the urge to launch a Michael Conlan-esque tirade after the decision was announced. “We’ve done a bit of media training and I know better than to do that. It’s good he said his piece and it meant that I didn’t really have to do anything like that,” Joe said. “I knew saying anything wouldn’t change anything and it would not look good.”

Overall Rio 2016 had been a good tournament for him. He bludgeoned his three previous opponents to defeat, hurting them if he didn’t get the stoppage. Hammering Ivan Dychko, a 2012 Olympic medallist was particularly impressive. “The first round I was quite surprised he was so mobile. I was trying to catch him in the corner and he was off. But I knew he couldn’t keep that up for three rounds,” said Joe, laughing fondly at the memory. “When I was sinking body shots in, especially in the second round, he closed right down and I was able to work him.”

After guaranteeing himself a medal in the quarter-final and advancing after the semi-final to celebrate Joe, despite being a big man, flipped and spun head over heels as he performed a capoeira (a dance-like Brazilian martial art) routine. It went down well, winning him support in the arena. “The crowd just like erupted,” he beamed. “You know – ‘when in Rome’. I thought it would show my support for the culture of the country and considering I did the cultural martial art.”

He is a man of many talents, a painter with a degree in fine art, his new-found profile should at least increase the value of his work. “There’s a lot more interest. People have been asking how much, if they could buy my paintings,” he said. “They are “quite colourful bold paintings with symbolic references, a little bit abstract as well.

The big decision he faces is whether to turn professional. “I have thought about it. I’m still thinking about,” he said.

“I want to go to Sheffield [to the GB gym] as well and pick training back up there and say hello to everyone again and take it from there,” he adds.

Joyce may be 30 years old but he is already one step ahead when it comes to turning pro. He’s been highly successful in the World Series of Boxing, a competition format that pitted him against some the top operators in AIBA boxing over the course of five rounds. He had sixteen five-rounders he won 14, stopping many, over high standard opposition. Of the two WSB losses one of those was against Olympic gold medallist Oleksandr Usyk years ago. The other came more recently against Russia’s Maxim Babanin. It’s a indicator that he could certainly be fast-tracked as a professional.

If he does turn over, he can look back on a magnificent amateur career, which saw him medal at every major competition: gold at the Commonwealth Games and European Games, bronze in the Worlds, completed by that Olympic silver. “It’s a great achievement in itself,” he reflects, “even to go to an Olympics, to come back with a medal, especially when everyone thinks I am ‘Olympic champion’.”