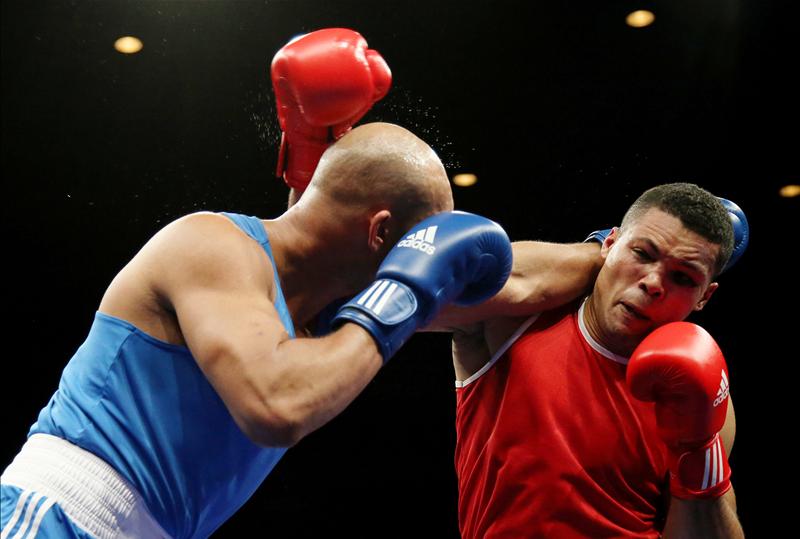 JOE JOYCE and Ekow Essuman will look to maintain their unbeaten start to this season of the World Series of Boxing when the British Lionhearts take on the Cuba Domodores this Friday (February 20) in Havana.

Super-heavyweight, Joyce, has started the season in impressive form, stopping Viktor Vykhryst of the Ukraine Otmamans and Mohammed Grimes of Algeria on his two previous outings.

The 2014 Commonwealth Games gold medallist said, “It’s only an extra two rounds so you just need to get into a routine of doing the five rounds and your body naturally gets used to it.

“For five rounds you can have a slightly slower pace and look at your work more.”

A busy year beckons for the big man. “After the WSB season, it’s the European Games, the Europeans, then the Worlds, all majors,” he said. “It’s good as long as I get the results. It’ll be good preparation and a good learning curve for the Olympics.

“Like with the Commonwealths, I’m just looking at the first goal first, after that I can make the second goal. I have a long term goal, being the Olympics. I’m going to have to knuckle down, train hard, box hard.”

Welterweight Essuman defeated Bogdan Shelestyuk in Ukraine.  He followed it up against the Algeria Desert Hawks when he outpointed Sofiane Tabi.

The pair are joined in the team by another member of the GB Boxing squad, John Newell, who will be making his debut in the competition.  The Mancunian light-heavyweight had been selected to compete in the Lionhearts match against the Desert Hawks but was awarded a walkover when his Algerian opponent was unable to compete.