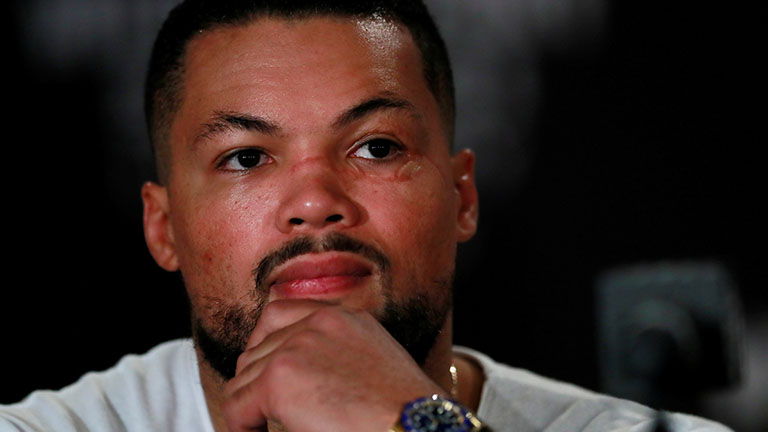 JOE JOYCE will take on Germany’s Michael Wallisch on July 25 inside the BT Sport studios in a warm-up bout ahead of his projected October showdown with Daniel Dubois. Joyce, who split with Adam Booth pre-lockdown to again join up with his first professional trainer Ismael Salas, will now be guided by emerging coach, Steve Broughton.

Between Salas and Booth, Joyce was trained by Abel Sanchez.

Broughton was part of the old Hayemaker set-up alongside Salas and has worked with Joyce on and off since he turned professional. With Salas in America, Broughton was the sensible solution.

“I know how Salas trains,” Broughton, who has worked with heavyweights David Haye and Dereck Chisora in the past, explained on BT Sport. “I know the kind of advice he would give to fighters. Joe has a good level of internal motivation, he doesn’t need someone to pick him up.

“Joe likes training anyway, he doesn’t like to sit around and do nothing so getting out and being active is something he’ll always be doing.”

Joyce’s opponent has a decent record on paper – 20-3 (13) – but is unlikely to spring the upset. Wallisch, 34, is the same age as the 2016 Olympic silver medallist but lacks his pedigree. A 2018 step-up resulted in a fifth round loss to Christian Hammer and was followed by another defeat, this time inside two sessions, to Nigeria’s promising Efe Ajagba. Wallisch’s third reverse came last year to another touted heavyweight, Tony Yoka.

Those who label this a needless mismatch have a point but – with the Dubois bout on the horizon – Joyce needs a platform to shed some rust. He has been out of action since July last year when he outpointed Bryant Jennings.

“It’s been a long time since I last fought. I needed this fight to get out under the lights and perform again,” Joyce reasoned.

Talking about the Dubois test, which was originally set for April, Joyce added: “It’s a pivotal moment in my career. It’s either going to be a big ladder to being the face of BT Sport and Frank Warren promotions or a big snake and I’ll have to build myself up.

“But it will be good to beat Dubois then fight the best the in the world and shut a lot of peoples’ mouths. I want to show everyone how good I am.”

Daniel Dubois will take on Eric Pfeifer in his own warm-up bout on August 29.