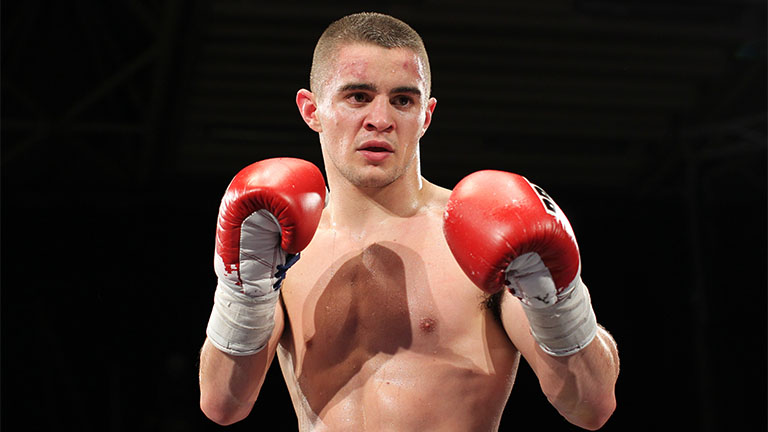 JOE HUGHES from Malmesbury failed to regain the European super-lightweight title when he was unanimously outpointed over 12 rounds by local Sandor Martin at the Pabellon de la Vall d’Hebron.

Hughes won the belt a year ago against Andrea Scarpa, who in July lost it to Martin – and that formline was upheld in the Barcelona southpaw’s first defence.

The champion controlled matters from range, moving around the ring and picking off his slower challenger. Even when Hughes did get close, Martin beat him to the punch with hooks and uppercuts, including to the body.

Hughes’ best round was the third, when he pinned the champion on the ropes landed several solid left hooks. But he spent too long stuck in the same gear, showing little variety in his attacks and rarely disturbing Martin’s rhythm.

Judges Robin Dolpierre (France) and Luca Montella (Italy) both gave Hughes only one round at 119-109, while Belgium’s Hughes Hellebaut was slightly more generous at 117-111. Christopher Fernandez (France) refereed.

Another European title fight on this show, the first for Matchroom Spain, saw Newark-based Russian David Avanesyan blow away Jose Del Rio in just two minutes six seconds of the opening round.

The win sets up a clash with Josh Kelly, assuming the Sunderland boxer comes through his fight in Phoenix tomorrow (Friday December 20).

Avanesyan, 31, was far too good for his southpaw challenger. The strong Russian tagged Del Rio several times before a right uppercut to the head followed by a left hook to the body put him down. The Spaniard was still on his hands and knees when referee Dolpierre completed the count.