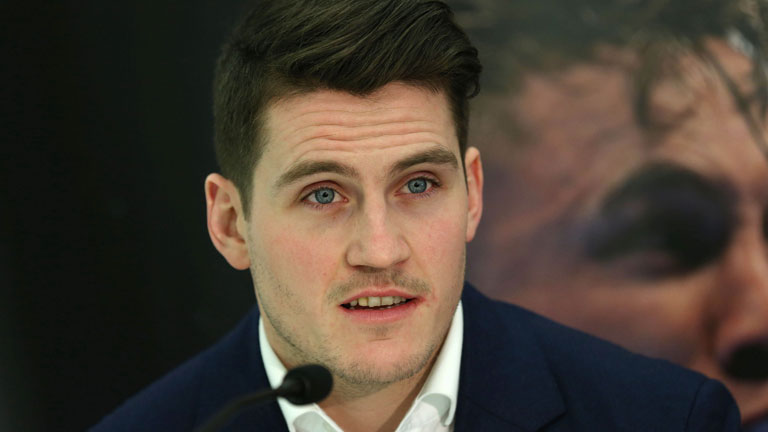 WE interview Joe Gallagher and Shane McGuigan – the trainers of both principles – in this week’s special Scott Quigg v Carl Frampton issue of Boxing News magazine. This is out now on our app and the print version is in stores on Thursday (February 25). Here are some excerpts.

Shane McGuigan: I definitely admire his achievements, he’s doing a great job. He has three world champions so you can’t really say he’s doing a bad job there, you can’t undermine that. I’m not sure about the way he conducts himself outside of the job though, I don’t like that. I don’t really like him as a person.

Joe Gallagher: I keep getting asked by people like Sky Sports if he’s a ‘rising force’ in British boxing. How can a trainer be a f****** rising force? I’ve said all along the jury is still out. He was a nutritionist a few years ago; I call him ‘Alex Ariza’.

READ THE FULL, EXCLUSIVE INTERVIEWS AND MUCH MORE IN OUR QUIGG-FRAMPTON SPECIAL ISSUE. DOWNLOAD THE LATEST EDITION OF BOXING NEWS MAGAZINE HERE NOW OR BUY THE PRINT EDITION FROM STORES ON THURSDAY (February 25).