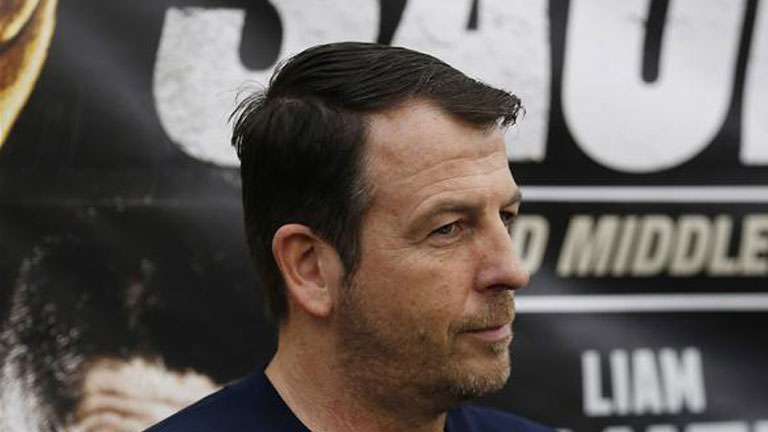 AS if Scott Quigg’s clash with Carl Frampton wasn’t fascinating enough, the battle between the rival corners adds a further layer of intrigue. In a Boxing News article yesterday (which you can read HERE), Shane McGuigan, Frampton’s trainer, said that coach Joe Gallagher and Scott hadn’t gelled as well, that Quigg had benefited more from sparring gymmates Anthony Crolla and Stephen Smith than from Gallagher’s advice and sought confidence from American trainer Freddie Roach.

Quigg’s coach responded: “It’s a big stage and a big show and he’s getting a little bit giddy and a bit excited. He thinks he’s doing well trying to do mind games and that, he’s embarrassing himself.”

“He’s only just arrived on the scene. He was known a few years ago as a nutritionist,” Gallagher said. “Next thing we know he’s in Boxing News saying, ‘I was there with Carl Frampton all along’, trying to take the limelight away from Gerry Storey.”

McGuigan has had a successful coaching career, as well as guiding Frampton to the IBF super-bantamweight crown British stars David Haye and George Groves have taken him on as their trainer. But Gallagher said, “He’s got them [Haye and Groves] and what have they done? They’ve had two fights against two mediocre, lower standard of opposition. So they’re untested.”

Joe is adamant that his man has the better track record, saying, “Everyone that he’s beat, we beat better and we have beaten better opposition. He beat Kiko Martinez in round nine, alright, we beat him in round two. He beat [Chris] Avalos, we creased him in the Wild Card with body shots [in sparring]. He beat a fat little Mexican that came over that was over the hill [presumably Hugo Cazares].”

Gallagher has also dismissed suggestions that Frampton will be the more popular fighter on the night at the Manchester Arena. “Scott Quigg is the home fighter, he’s in the home corner and everything else is just normal,” Joe said. “They’re trying to kid themselves that everybody’s against Scott Quigg. They’re going to be surprised at how many people are going to be there for Scott Quigg and what it feels like for Carl Frampton to be booed coming down the ramp.

“They’re not in control and they like being in control. This is why they’re going to be out of their depth come February 27.”

The fight behind the fight will be just as furiously contested.