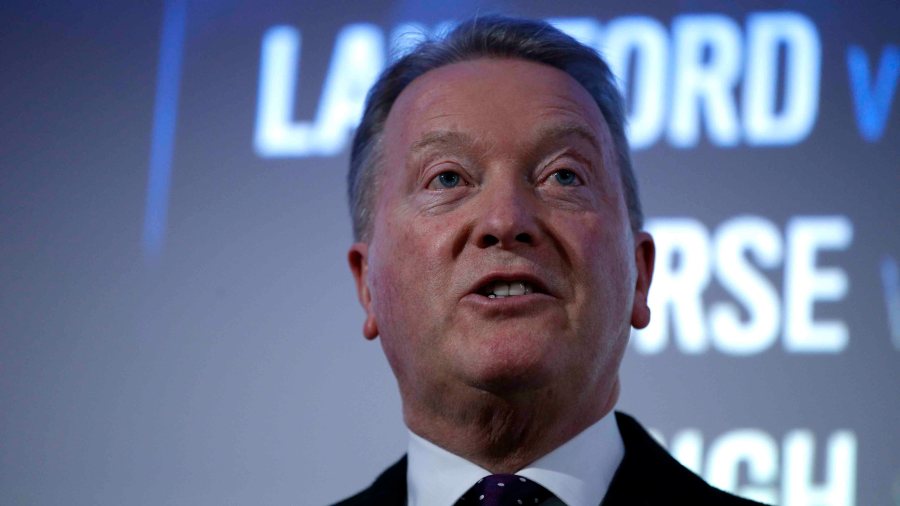 JOE GALLAGHER has countered comments made by Frank Warren last week. The promoter had suggested that British Boxing Board of Control had ordered Frank Buglioni to defend the British light-heavyweight title against Callum Johnson and for Anthony Yarde to box an eliminator with former champion Hosea Burton to convenience Gallagher, who trains both Johnson and Burton.

“Callum Johnson, Commonwealth Games gold medallist, Commonwealth champion, he served his time. You’ve got Frank Buglioni, British champion,” Gallagher told Boxing News. “It’s a trade fight with Commonwealth and British titles on the line. You’ve got Hosea Burton, who was the British champion, former ABA champion, England [rep]. He lost in one of the fights of the year. Boxing News rated it the second best British fight of the year behind Dillian Whyte-[Dereck] Chisora and it was well acknowledged and still is that Hosea Burton was winning that fight, had the fight won with a minute to go.

“Hosea Burton put in a great performance and showed everyone on that night that he can fight. I think it was just inexperience on the night. He caught him with a shot and went in for the kill and got caught with a shot.

“For them to say a kid [Yarde] who’s only had 12 amateur fights, 12 professional fights should have a shot at the British title [over] a Commonwealth Games gold medallist, a Commonwealth champion or the former British champion and ABA champion, he should get the shot ahead of them, that doesn’t make sense.

“Yarde, he’s young, he’s 25. It’s not like he’s 32 and there’s a rush on… The kings in that division, Andre Ward and [Adonis] Stevenson, they ain’t going anywhere soon. So where can they go? They’ll just be treading water anyway.

“Instead of whinging, I think we’ve got two great fights, where the winner of each will then produce another great fight.”

That situation could, in theory, lead to Callum Johnson and Hosea Burton being pitted against one another. “Would they fight each other? Money talks, you never know,” Gallagher mused. “They’re good friends. If Callum Johnson became British champion and Hosea Burton beat Anthony Yarde, that’s a discussion, a topic to discuss if that happens. But there’s long way to go before that ever happens.”

Johnson versus Buglioni could take place in October.