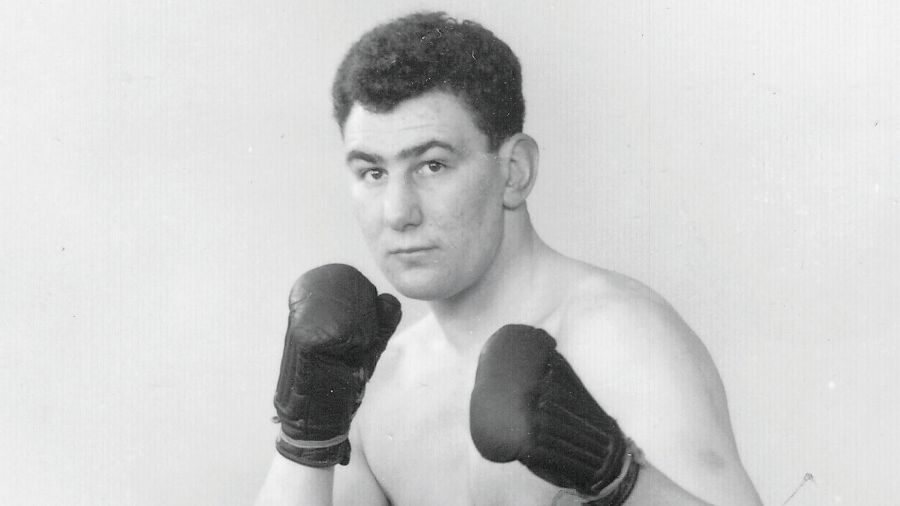 Joe Erskine was one of the most gifted British boxers of his day, but was held back by a lack of size and punch power at heavyweight

THE birth of the cruiserweight division in the late 1970s and early ‘80s was a boon for boxers too large for light-heavy but too small to make it on to the world stage as a heavyweight. Spare a thought, though, for the countless ‘inbetweeners’ who predated the division’s inception and were often forced to face bigger, harder-hitting men.

There are numerous small heavies from boxing’s annals who one could argue would have been world class if only cruiserweight had existed in their time. One whom the current 14st 4lb (200lb) weight limit would have suited to a tee was Cardiff’s Joe Erskine. At 5ft 11ins and typically scaling under 200lbs, Joe was just too small and did not hit hard enough to take on the world’s best in boxing’s beef brigade. But he was good enough to win British and Empire honours, which was no mean feat in the domestically competitive era of the 1950s and ‘60s.

Erskine was born in January 1934 in Cardiff’s dockland district, Tiger Bay, to a Welsh mother and Jamaican father. The area had a bustling multicultural community that produced several stars of sport and music (most famously singer Shirley Bassey), but was notorious for its red-light district and gambling dens.

As a schoolboy boxer Joe won various titles with the Victoria Park ABC and was ABA heavyweight champion in 1953. He turned pro in 1954 as a member of the well-known Benny Jacobs stable and went 30 contests without defeat.

In November 1955, he beat Henry Cooper in an eliminator for the British heavyweight crown and was named Best Young Boxer for that year by the Boxing Writers’ Club. In May 1956, Erskine defeated fellow Welshman and future European heavyweight champ Dick Richardson before facing another Welshman, Johnny Williams, for the British title vacated by Don Cockell. Joe outpointed Williams in a gruelling encounter at Cardiff’s Maindy Stadium in August 1956 – the first time the heavyweight crown had been contested by two Welshmen.

The sky seemed the limit for the gifted unbeaten Cardiff boxer, but in his next fight Joe came crashing back down to Earth, figuratively and literally. The world-class Cuban Nino Valdes was a scourge to our best heavies. He finished Cockell, Richardson and Brian London inside schedule, and did the same to Erskine when they met at Earl’s Court in February 1957 with a stunning first-round knockout.

His unbeaten record gone but his self-belief intact, Joe again outscored Cooper in a title defence that September, and did the same to Joe Bygraves that November to add the Empire crown to his title haul.

Naturally, his sights were now on the European belt held by unbeaten Swede Ingemar Johansson. They met in February 1958 and Joe battled bravely for 13 rounds before being pulled out by his corner. Three fights later Johansson seized the world crown from Floyd Patterson, but for Erskine the domestic championship reign was about to end. He lost both his titles to London in his next bout.

Joe fought on for another six years and made three unsuccessful bids to regain his titles, losing each time to arch-rival Cooper, who had taken the titles from London and would keep them in his possession long enough to become the first and only winner of three Lonsdale Belts outright.

Nevertheless, Erskine chalked up some fine wins in his last few years, beating Jack Bodell, Johnny Prescott, Richardson (again), George Chuvalo (albeit by disqualification), New York’s Freddie Mack and future world light-heavy king Willie Pastrano. Joe’s victory over Pastrano would lead Willie’s manager, Angelo Dundee, to write in his book, I Only Talk Winning, that the Brit would have been a world-beater if only he’d possessed a bigger frame and a harder dig.