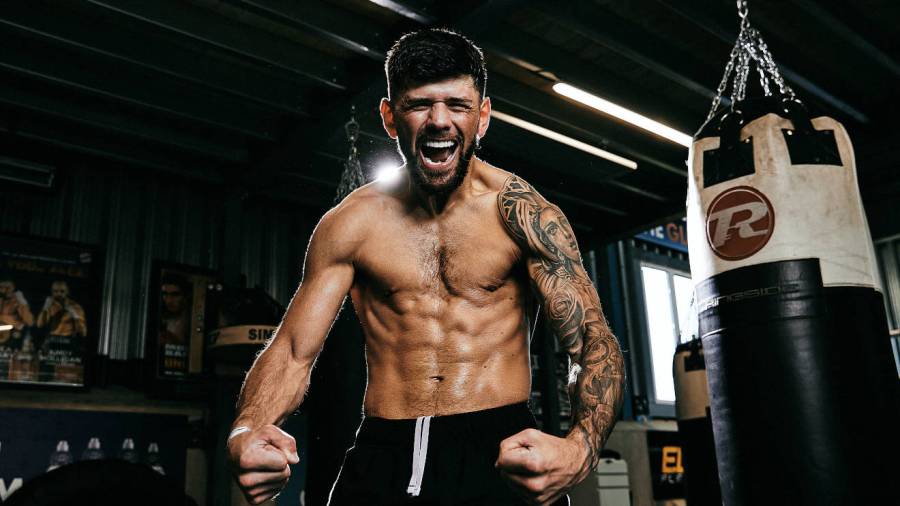 Joe Cordina’s career has been long. He’s been boxing professionally for five years now, but he was a 2016 Olympian and had a long amateur track-record before that. Now however his career could be just about to take off, if he can beat Japan’s Kenichi Ogawa at the Motorpoint Arena in Cardiff on Saturday (June 4).

His rise has been a slow burn. But victory in this fight would launch him into world class. Ogawa is a formidable opponent and ranked number four at super-featherweight.

The man from Toyohashi turned professional back in 2010. He’s amassed a 26-1-1 record. Fighting his way through the Japanese scene in the early years of his career, Ogawa racked up stoppage wins. His first fight outside of his homeland came in 2017 when he was mandated to fight Tevin Farmer for a vacant IBF super-featherweight strap. Pressing with aggression against the skillful American Ogawa initially picked up the decision at the Mandalay Bay in Las Vegas, something of a surprise at the time. The decision became even more contentious when Ogawa failed a drug test for prohibited substance androstanediol. Ultimately the result of the Farmer fight was changed to a no contest. The Nevada State Athletic Commission suspended Ogawa for six months (he claimed he never knowingly took the substance) and he was also stripped of the IBF belt.

But in boxing such a disgrace did not inhibit Ogawa coming back. He was out of action for a year before he began rebuilding back in Japan and eventually set up a showdown with South Africa’s Azinga Fuzile in New York. Fuzile had only lost once previously, a points reverse to Shavkatdzhon Rakhimov, currently the world number three super-feather. Fuzile had also impressed when he handled the UK’s Martin Ward last year. But Fuzile could not contain Ogawa. The Japanese fighter closed in on him, relying on his explosive straight right. Over the course of 12 rounds he badly hurt the South African, dropping him heavily in the fifth and 12th rounds, hurting him but going the distance to pick up the IBF belt. He will be the sternest challenge Cordina has faced yet.

Although Cordina has only had 14 pro bouts, his recent run of contests should have prepared him to step up to the higher levels. In 2019 Cordina won the British and Commonwealth lightweight titles after 12 tough rounds with Gavin Gwynne. That in itself was a respectable result. Though Gwynne would be halted by the power-punching James Tennyson, he did halt Sean McComb and recently won the British title himself against Luke Willis. It was the size disparity with Gwynne that gave Cordina and his team some pause for thought. He subsequently moved down to super-featherweight and subsequently has taken the right bouts to help him bridge the gap between the domestic and European and potentially world level. In 2019 Cordina took a 10 round points win over Mexico’s Mario Enrique Tinoco, the only man to have given Jordan Gill a professional loss. Among the three bouts he had last year Joe got 10 rounds in with both Faroukh Kourbanov, who would go on to win the European title, and Miko Khatchatryan. The latter gave Cordina a decent workout. The Welshman largely outclassed him, stinging him with rapid, well put together combinations and controlling the course of the action.

The question he will have to answer on Saturday is whether he can withstand Ogawa’s physical assault. Cordina has excellent handspeed, fine boxing skills and good feet. At times against a bullish aggressor like Ogawa he will dazzle. He can settle into a rhythm and collect rounds once he gets the Japanese fighter’s measure. While Joe should hit with authority, Ogawa is likely to be able to take his power. He will keep trying to grind forward and at times will surely drag Cordina into a desperate firefight. The hometown fighter will be pushed hard when that happens but he should now be well enough prepared to cope. He can come through difficult rounds and spells of ferocious pressure to win a close decision.
If he does so in his home city, and if he performs with the skill and flair he’s capable of delivering, it could be just what Cordina needs to mark him out in an exciting weight class.

The aforementioned Kourbanov will be on the undercard to make a first defence of his European championship against Zelfa Barrett. It’s a great opportunity for the latter, who can look good as he takes a significant piece of silverware.

Australian Olympian Skye Nicolson is making an active start to her professional career. She’s already boxed three times this year. Her fourth pro contest will be in Cardiff against Gabriela Bouvier, a Uruguayan who won an IBF belt down at flyweight back in 2013. She has fought multiple times for WBC straps but her record is a modest 15-10-1 and Nicolson should surely be too good, too big and too strong for her. Dalton Smith, a super-lightweight more than ready to fight at British championships level now, gets an outing on the bill as does Calum French, a top international amateur now developing as a pro.

The Verdict This will be Cordina’s acid test.