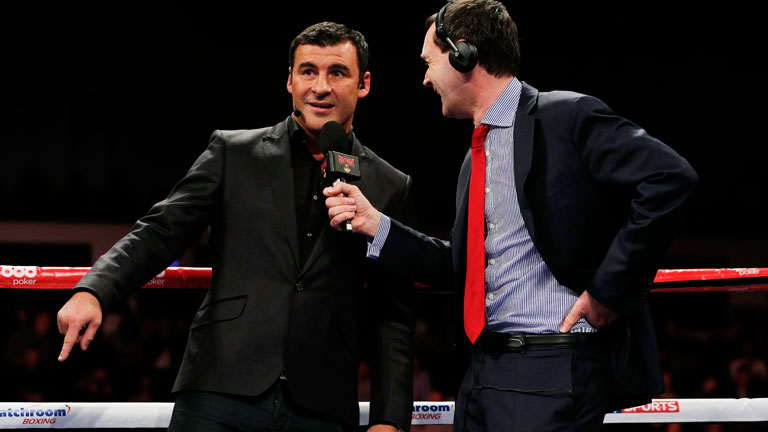 Legendary super-middleweight, Joe Calzaghe, endorses James DeGale ahead of the latter’s fight with Lucian Bute, during an in-depth interview with George Gigney in this week’s issue of Boxing News.

“YEAH, I like James, he’s a pal of mine. I can sympathise with him as well because he gets criticism like the criticism I used to get for years. People like him, he’s got fast hands, he’s a little bit spicy like me. I like him. He’s a bit brash but that’s a good attitude to have, it does good business and as long as he doesn’t lose again now he has the title, I think he’ll do really well. Obviously he needs to beat Lucian Bute in style [this weekend] but he’s a work in progress. Like me when I fought Chris Eubank, I was gassed after seven rounds and I struggled a bit. Although he’s world champion, the experience of fighting 12 rounds with top-quality fighters doesn’t come overnight. I fought Eubank in ’97 and then beat [Jeff] Lacy nine years later – I was a completely different animal. He’s learning all the time, but I’ve always been impressed with him. He can go on to big things.”

TO READ THE FULL, EXCLUSIVE INTERVIEW, INCLUDING CALZAGHE REFLECTING ON HIS OWN CAREER, DOWNLOAD THE LATEST EDITION OF BOXING NEWS MAGAZINE HERE