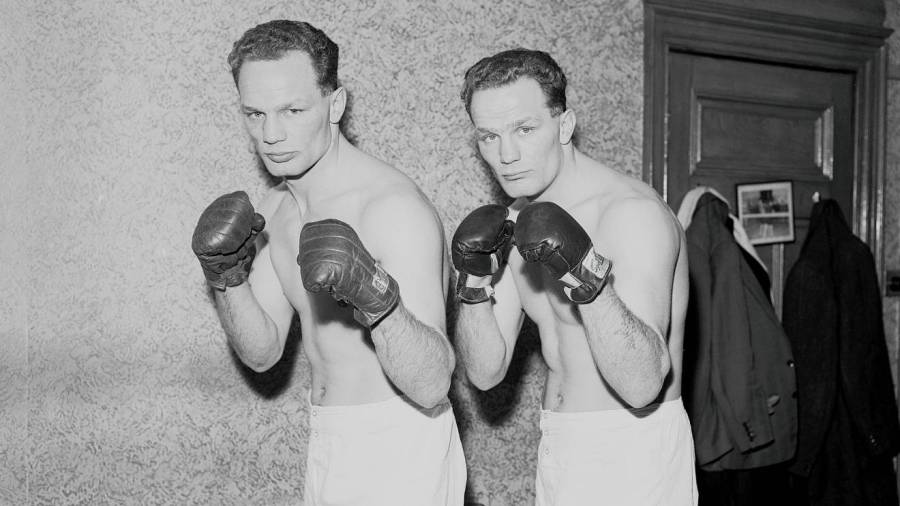 What about Jim Cooper? Remembering the lesser-known Cooper brother and other fighting twins

TWINS in boxing are quite rare and yet in recent years two pairs of them, the Galaxy and Charlo brothers, have won major belts at world level. Over 100 years ago in the States, Mike and Jack Sullivan were world-class operators, with the former annexing the world welterweight title in 1907. In the UK, successful fighting twins are few and far between, although as a frequent observer of boxing up here in the North-East, I enjoyed watching Josh and his twin brother, Kalam, from Guisborough, on many occasions. During the 1950s and 1960s two sets of twins made waves in the heavier divisions on the domestic scene. Johnny Ould, from Bermondsey, was the GB rep at light-heavyweight at the 1960 Rome Olympics. He avoided the eventual winner, Cassius Clay, due to the luck of the draw. Johnny was the ABA champion at this weight in 1959 and he twice boxed unsuccessfully for the Southern Area title as a pro. His twin brother Dave, although less successful as an amateur, won the Southern Area heavyweight title in 1964 after beating Len Hobbs on points in a 10-rounder at the Café Royal. I remember meeting both of them at LEBA many years ago and although Dave is, sadly, no longer with us, he can be seen in a number of films, including The Long Good Friday.

The most well-known pair were, of course, Henry and Jim Cooper. Henry twice fought against Muhammad Ali and he also boxed Floyd Patterson and Ingemar Johansson. Only Tommy Farr, who boxed Joe Louis, Max Baer and Jimmy Braddock, can also claim the distinction of being a British fighter who boxed three world heavyweight champions in the days before everything got silly with multiple title-holders.

But what of Jim Cooper? His real name was George and, like Dave Ould, he had to endure his twin becoming ABA champion as well as an Olympic representative, while his own amateur career was far less successful. While Henry became a household name throughout Britain in the 1960s and 1970s, few knew of George and his own professional career, and yet he was a very decent heavyweight himself and at one time he was rated as the fifth best heavyweight in the country behind his brother, Dick Richardson, Brian London and Joe Erskine.

It was against Dick Richardson that George made his professional debut and right from the start he boxed as Jim Cooper. On a 1954 show at the old Harringay arena he beat Richardson on points over six rounds after being floored twice himself in the opening round. He did extremely well to come back from such a poor start to win the fight. Henry also turned professional on the same bill, knocking out Harry Painter in a single round. After winning his next contest in one round at the Manor Place Baths, Jim returned to Harringay to be stopped in 55 seconds by Bob Gardner. The reason for this ignominious defeat was a badly cut eye. This type of injury would plague Jim’s career, as it sadly also did for Henry.

By 1957, Jim must have been in despair for, despite winning five of his first seven contests, he was then battered by Brian London in four rounds, was disqualified against Albert Finch and had lost a further three bouts due to a cut eye. As a result, he did not box at all in 1958. When he returned in 1959, it was the same old story with him being stopped again with cuts against the Nigerian, Sammy Langford. Throughout the 1960s, he fought his way back to title contention with victories over Johnny Prescott, Ray Shiel and Peter Bates.

Jim was never as good as his brother, but he was a very capable heavyweight during an era when the division was rich with domestic talent and he well deserves to emerge from the shadows and to be remembered in his own right.