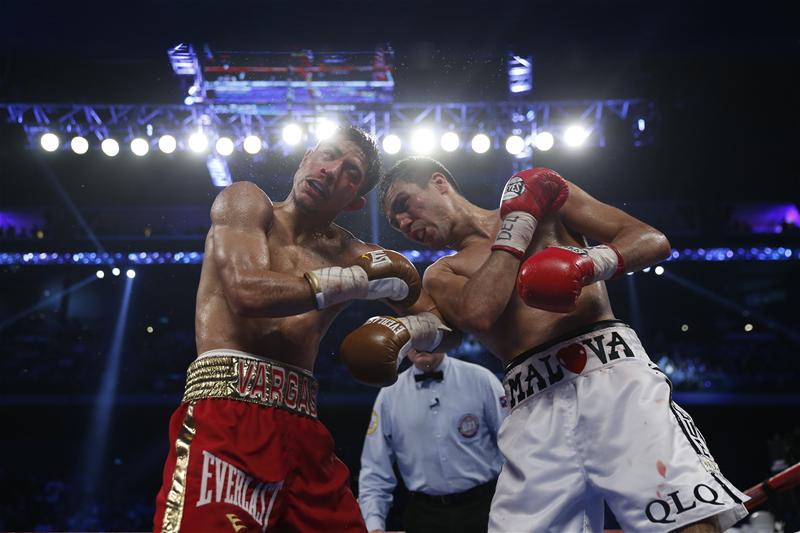 WBO champion, Jessie Vargas, is confident that he will be victorious against Manny Pacquiao

CURRENT WBO world welterweight champion, Jessie Vargas (27-1, 10 KOs), will walk into the ring a massive underdog against former eight-division world champion, Manny Pacquiao (58-6-2, 38 KOs), on November 5th. It’s a role that he has grown accustomed to.

“I’ve always been the underdog,” said Vargas to TWC News San Antonio. “They always wanted to take me down. They never believed in me and look at me now, two-time world champion, and I will beat Manny Pacquiao because of all of that.”

The doubters, naysayers and skeptics, are fuel for the defending welterweight titlist. His eyes turn piercing and his tone intense when referencing people that previously wrote him off.

“I use all that negativity…that I won’t make it, that I won’t win. I grew up that way, unfortunately. Fortunately and unfortunately, you know what i mean? People doubted me all the time. But I always proved them wrong.”

Vargas defeated the previously unbeaten Sadam Ali in March of this year to win his WBO belt and is taking, arguably, the toughest test available to him in his first defense.

Pacquaio, though well past his prime, is still considered one of the best in the sport. He opened up camp earlier this month in the Philippines and will be training between his sessions in nation’s congress, where he is serving his first term as a senator.

Assuming his extra-curricular activities don’t water-down his preparation, the future hall-of-famer will be, far and away, the biggest challenge of Vargas’ career up to this point.

Vargas, however, doesn’t take the responsibility of being a world champion lightly. “It’s every boxer’s dream but it’s a lot of pressure,” he said. “We have to live up to the expectations. We have to consistently show why it is that we have that title.”

On November 5th in Las Vegas, Vargas will have the opportunity to show the world why he belongs up there with the best welterweights in the world.