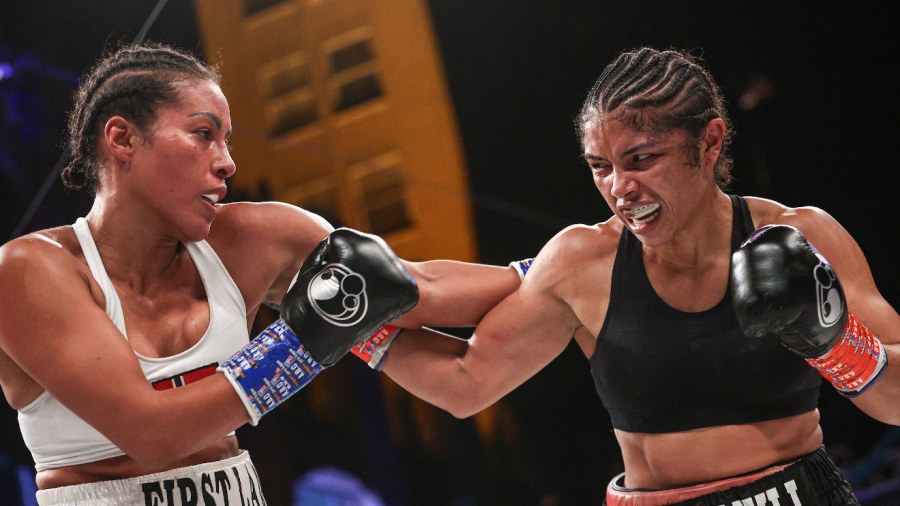 It was the first defeat of Braekhus’ decorated career. The Norwegian first became a world champion in 2009 and unified the WBC, WBA, WBO and IBF titles in 2014. But in an outdoor ring constructed on the streets of Tulsa the far less experienced McCaskill handed her a majority decision defeat.

McCaskill has lost twice before, one of them to the brilliant Katie Taylor at lightweight. The Chicago fighter had stepped up from super-lightweight for this contest.

“[I threw] two hundred thirty more punches than she did. That shows you that I wanted it.”

The signs are that Braekhus is contemplating retirement. “Jessica just threw more punches than me tonight. She really, really wanted it,” she said. “I’m proud and happy to pass the torch to her. I have to say, I don’t know what’s going to happen right now, but I’m incredibly proud to be a part of women’s boxing right now.