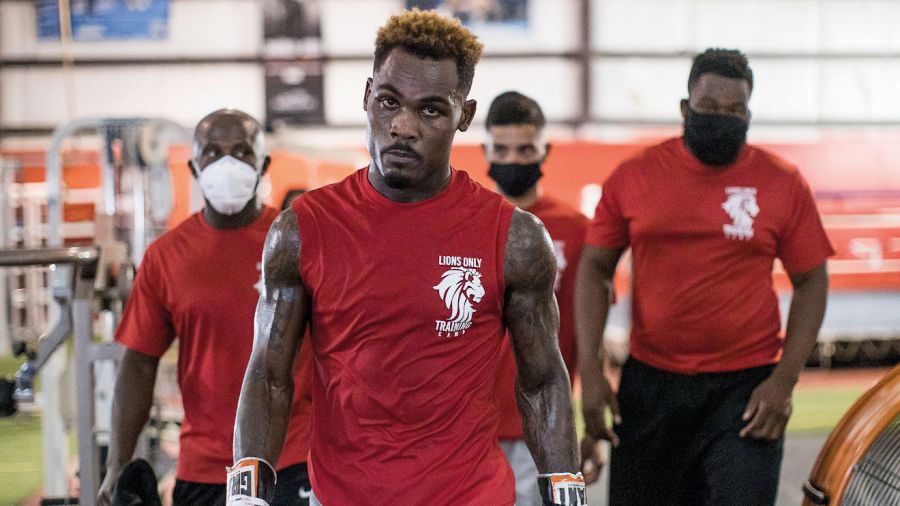 A KING will be crowned in the super-welterweight division this Saturday (July 17), when No. 1 Jermell Charlo fights No. 2 Brian Castano for the world championship. This is exactly how boxing should be – the best fighting the best, to decide who is the true champion.

Houston’s Charlo will benefit from the support of the crowd in his home state of Texas, with the 12-round contest being held at the AT&T Center in San Antonio. This Premier Boxing Champions event will be televised on Showtime in the US.

“I love Texas and I love fighting there,” said Charlo, whose three sanctioning body belts will be on the line (WBC, WBA and IBF), as well as Castano’s one (WBO). “We Texans are bred differently. We’re a state that’s fought our own wars. This is huge – the most important time in my life. It’s a legacy fight for me and I’m ready for it. I’m in my prime right now.

“Castano is going to leave everything in the ring, so we’re not playing any games. He’s a great fighter who puts on a lot of pressure, but I know my abilities and I know my power. Every punch I throw is dominant and every shot I throw is painful for my opponent. I have a lot of unique abilities in me and I’m going to bring some tricks into this fight.”

In highlighting Castano’s pressure-fighting prowess, Charlo is spot on. The Argentine buzz saw swarms all over his opponents and operates almost exclusively on the front foot. Strong, aggressive and tenacious, the stocky South American fights at full throttle with his fast and ferocious attacks. He is happy to walk through punches in order to land his own, which could be a dangerous tactic to adopt against the sharpshooting Charlo. Nevertheless, do not expect him to change his approach against his fellow 31-year-old this weekend.

“There’s no doubt that Charlo’s a great fighter, but I’m coming to do my job and I’m going to come forward,” asserted Castano. “I’m the type of fighter who’s always going after you. I’m always there to pressure you. I’ve seen Charlo knock down a lot of fighters with just one punch, but rest assured that I can knock him down as well.

“This will be the hardest fight of my career, but this is my opportunity. This is my time. This fight is so important for my life. My goal has always been to go up against the best of the best and the elite of my division. I have that chance now and I’m going to prove why I deserve this chance.”

A gold medallist at the 2010 South American Games, Castano thrived during an extensive amateur career. Among his list of victims in the unpaid ranks were current welterweight No. 1 Errol Spence Jnr and 2012 Olympic silver medal-winner Esquiva Falcao. The Isidro Casanova native also shone in the pro/am World Series of Boxing, where he defeated Sergiy Derevyanchenko, who is currently the No. 5 middleweight.

A short and solid scrapper, the 17-0-1 (12) Castano will have to contend with significant disadvantages in height and reach against Charlo, 34-1 (18). However, the disparity in these departments was even greater when Castano took on Patrick Teixeira five months ago, and the unbeaten terrier was utterly unfazed. He unceremoniously pummelled Teixeira and earned a wide unanimous decision over the now-No. 10 super-welterweight. In the space of eight months from July 2017 to March 2018, Castano twice travelled to France to defeat local fighters in Michel Soro and Cedric Vitu – both former European champions. Soro was beaten on a split verdict, while Vitu was stopped in the 12th. One year on from the Vitu fight, Castano took on the ever-slippery Erislandy Lara – presently the No. 5 super-welterweight. Lara boxed and moved, Castano harried and hustled, and the judges could not separate them, with a split draw being the outcome.

As Lara did, Charlo would be wise to keep it long against the heavy-handed Castano, who is such a menace up close. But the American is no slouch on the inside himself. A talented all-round fighter, Charlo is coming off an eighth-round KO of Jeison Rosario in September. Though he is at No. 7 now, Rosario was the No. 1 super-welter at the time, yet he was unable to handle Charlo’s punishing power and precise punch-picking.
In addition to Rosario, Charlo has faced two other opponents who are currently in the top 10 at 154lbs. In October 2017, he impressively dispatched Erickson Lubin (No. 3) inside a round. Tony Harrison (No. 6) outscored him on a controversial unanimous vote in December 2018, but revenge was sweet for Charlo when he KO’d Harrison in the 11th a year later in what was a dramatic duel.

An excellent athlete and seasoned pro, the robust Charlo is a ruthless finisher with either hand, especially when dishing out left hooks and overhand rights. The overhand right is also one of Castano’s favourite punches, as is the hook to the body. The man from Argentina employs a rugged, high-energy style interlaced with accurate, quality blows. His fierce two-fisted salvoes are likely to catch the judges’ eyes at times, but he is there to be hit, which is something that Charlo can take advantage of. Expect the composed Texan to cover up well and take the sting out of Castano’s shots, while doing damage with his consistent jab and educated one-twos. Ultimately, this will be enough for Charlo to prevail on points.

ALSO ON THE BILL
ROLANDO ROMERO, a rising 13-0 (11) lightweight from Las Vegas, is set for a 12-rounder against an accomplished late substitute in Swedish southpaw ANTHONY YIGIT, 24-1-1 (8), who is dropping down in weight. Meanwhile, over 10 at middleweight, 12-0 (11) Uruguayan AMILCAR VIDAL takes a step up against the Virginia-based IMMANUWEL ALEEM, 18-2-2 (11).