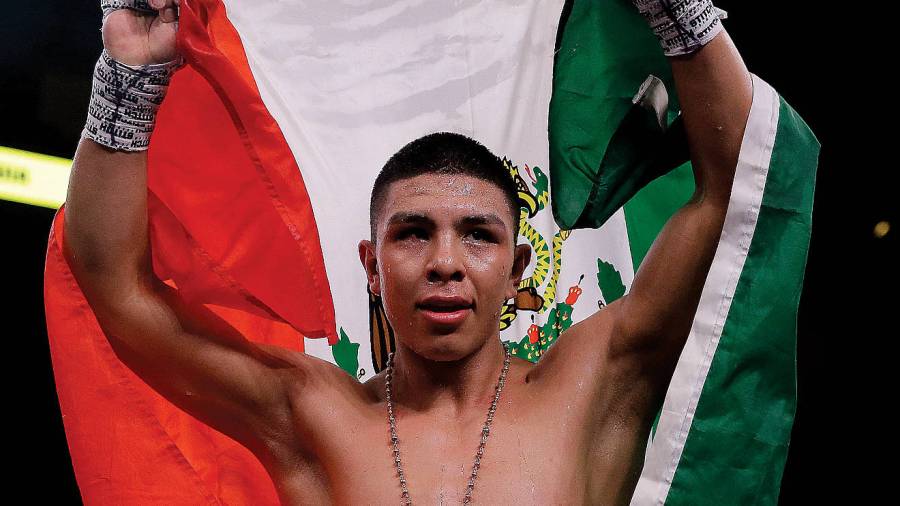 JERMALL CHARLO and Jaime Munguia are two of the world’s top middleweights. Charlo holds the WBC title (Canelo Alvarez is no longer labelled as the sanctioning body’s absurd ‘franchise champion’), while Munguia is ranked at No. 1 in the WBC and WBO ratings. A fight between Charlo and Munguia would be very well received by the boxing public, but for the time being at least, the fans will have to make do with watching them in separate bouts this Saturday (June 19) – both in Texas.

At the Toyota Center in Houston, Charlo headlines a Premier Boxing Champions event, live on Showtime in America. Opposing the local favourite is Mexico’s Juan Macias Montiel, who is coming off an opening-round KO of faded slugger James Kirkland in December. A year prior to this, Montiel fought to a split draw with Hugo Centeno Jnr. This was the same Centeno who was knocked out in two rounds by Charlo in April 2018.

Of Montiel’s four defeats (against 22 wins and two draws), only one has come inside schedule. That was down at welterweight in February 2017 versus Munguia, who KO’d the Los Mochis man in two. Charlo, in contrast, has never been beaten, let alone knocked out. Among the standout scalps on his 31-0 (22) ledger are Cornelius Bundrage, Austin Trout, Julian Williams, Matvey Korobov, Brandon Adams and Sergiy Derevyanchenko. The unanimous points victory over Derevyanchenko in September was Charlo’s most recent outing, and it served to further enhance his reputation as one of the division’s elite.

An impressive athlete who comes on strong as fights progress, Charlo is a hard and precise puncher, whether unleashing uppercuts on the inside or long rights from range. A former IBF titlist at super-welterweight, the 31-year-old can be a bit overzealous at times, but his forceful and consistent jab is a potent weapon.

With all of his victories coming by way of KO or stoppage, Montiel is a certified banger. A rangy and aggressive pressure-fighter, the 27-year-old comes forward with hooks and uppercuts. His record, however, suggests that he is not at Charlo’s level. Expect the talented Texan to dispatch his outgunned challenger inside the 12-round distance.

Around 750 miles west of Houston at the Don Haskins Center in El Paso, ex-WBO super-welterweight belt-holder Munguia will be aiming to outshine Charlo when he takes on previous European middleweight champion Kamil Szeremeta over 12 rounds. The Golden Boy-promoted contest will be broadcast on DAZN in the UK and US.

Mexican Munguia, 24, was originally due to face Polish contender Maciej Sulecki, but when Sulecki pulled out at late notice, his countryman Szeremeta was drafted in to replace him. Last time out in December, the 31-year-old from Bialystok was forced out after seven rounds by 160lb leader Gennady Golovkin.

Following notable triumphs over the likes of Sadam Ali and Liam Smith at 154lbs, the 36-0 (29) Munguia moved up a division last year and registered two solid wins. The brave-but-overpowered Gary O’Sullivan was stopped in the 11th in January, before the in-form Tureano Johnson was seen off ahead of round seven in October.

Boasting an 81 per cent knockout ratio compared to Szeremeta’s 23 per cent, Munguia is a powerful and relentless aggressor who cuts off the ring well and has a good engine. The rock-jawed Tijuanan combines jolting jabs with heavy hooks and uppercuts. The stocky Szeremeta, 21-1 (5), is a robust and bullish competitor who hurls hooks at head and body, but he does not seem to possess the firepower to dissuade his taller rival. The pick is for Munguia to prevail inside time.

In the Charlo-Montiel chief support, youth comes up against experience when Isaac Cruz fights Francisco Vargas at lightweight. Meanwhile, backing up the Munguia-Szeremeta bout is a clash between fast-rising super-middleweight Bektemir Melikuziev and seasoned warrior Gabriel Rosado.

The Verdict An opportunity for Charlo and Munguia to maintain their momentum.